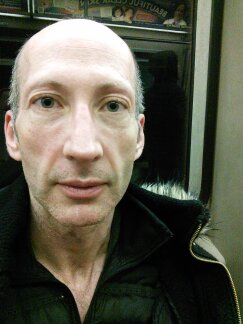 UFC 194. It’s gonna be good…
I am fan of mixed martial arts and as the sport becomes more popular it is no longer my guilty pleasure.
It’s changed.
Ultimate Fighting Championship – UFC – is a brand in the sport. They are the best (I wrote about them here)
The MMA fighters today have grown up in the sport. They are not re-purposed or exhausted boxers or wrestlers, karate men or judo flippers. They are the best parts of everything.
And some of the best of the best will be fighting at UFC 194 on December 12th in Las Vegas. And, I’ll be there watching.
The co-main event is Chris Weidman defending his middleweight title against Luke Rockhold. Both are incredible athletes and well matched. The winner will be the fighter that comes in with the most complete strategy. I think this is (still) Weidman’s time. Fight goes to a decision. Weidman wins with the ground and pound. It will be a fight fought in a tangle.
The #1 dance on my card is the mian event: Aldo vs McGregor.
The styles of the fighters are both attacking and they can counter while backing up. They can both put a fight away in submission holds but they prefer to wear down their opponents and are risk averse. They are both huge for their divisions and both have a hard time making weight.
But the appeal of the fight for me is all the stuff that doesn’t have fields on a spreadsheet.
McGregor has tremendous confidence but he is still untested. He hasn’t fought the best, he’s only fought the people who have lost to the best. He hasn’t shown a lot of versatility, yet. He hasn’t shown that he can sustain peak performance for 5 rounds. He hasn’t shown that he can come into the ring with a strategy prepared for an opponent. And, most importantly, he hasn’t shown the discipline of sticking to a plan while enduring the punishment of a top level competitor.
McGregor has great power and greater bluster. If he wins the fight against Aldo he will be the first UFC bred mogul.
But he has to beat Jose Aldo.
Aldo is the ying to McGregor’s yang.
Is Aldo ready to retire? Is he looking for way out? Being the title holder can be a burden. Silva lost to himself before he lost to Chris Weidman.
A fighter can be indestructible until one day they aren’t. The best fighters don’t lose to their opponents in the ring, they lose to the accumulation of a career of getting hit, and they lose to time.
It’s going to be a great fight. If Aldo can convince his mind to train hard and if he can coax his chin into surviving a few more hard punches I think he wins. It won’t go into the 5th round. Aldo’s soccer style kicks to the thighs will take away Conor McGregor’s most threatening weapon. After that is gone all he will have left is his mouth. And in the ring, the mouth is not a weapon.
“Other posts in MMA” “6” style=”load-more” items_per_page=”6″ button_color=”mulled_wine” item=”basicGrid_TextFirst” grid_id=”1444616702117-668c6d3e-00da-1″ taxonomies=”363″] Related articles
MMA sport is more than just violence and fighters in a cage (phys.org)
Jose Aldo Calls Out ‘Irish Sucker,’ ‘Punk’ Conor McGregor After Drug Test (nesn.com)
Tecia Torres vs. Michelle Waterson Added to Stacked Card for UFC 194 (bleacherreport.com)
10 MMA Fighters And Their WWE Counterparts (whatculture.com)
DeMarcus Cousins, Teammates Train MMA at Urijah Faber’s Midtown Gym (fox40.com)