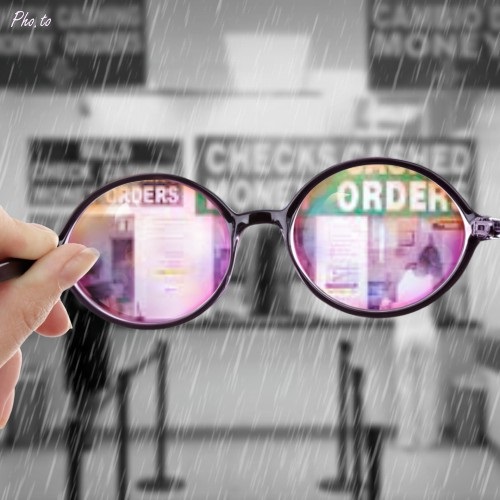 Technology brings efficiency and productivity gains, but its asymmetrical. The provider captures the most of the gains, improved shareholder equity, earnings, they can redirect staff away from servicing clients and instead alllcate resources to sales and new client acquisition. The vendor pushes clients into new behaviors, more self-serve technology, less human interaction.
It’s your fault, cos you were talking in your sleep ‘you asked for it’ ‘we heard you’ and finally ‘we’re doing this for you’.  Is artificial intelligence and robotics what people want? Has Amazon heard me? Are they doing this just for me?
The first robot I battled was at the self-service restaurant Horn and Hardart. I hated the place, food was OK but everything that wasn’t food was lacking. It was sterile and smile-less.
My next robotic assault was with an Automated Teller Machine, I dislike the ATM, It is high convenience. I prefer High Fidelity.
ATM or Teller? Given an absolute choice I would take the latter.  Tellers are still someplace in a bank branch, but their numbers have been thinned and the lines are long. I have select banking but that doesn’t buy me anymore tellers. All it does is give me free checking (no human) overdraft protection (no human), some other free incidentals (no humans) and I get pitched for insurance financial planning (humanoid)
The numbers of unbanked people have grown from 10 million in 2002, to 17 million in 2016, another 43 million people are ‘underbanked’, those people who have a bank account but seldom use it.
The alternative to a bank is the check casher. Two very different businesses:
Banks want one customer with a million dollars. Banks require a great deal more overhead because of the complexity of their business model.
Check cashers want a million customers with one dollar. Check cashers are transaction-based businesses with low overhead
There are several reasons why a person would choose to use a check casher rather than a bank. I’ll bullet the first two and then linger for a bit on the third:
Cost: Banks expect to take in eighty-five dollars to a hundred and fifteen dollars in annual fees from each account. Most of these additional costs are penalties and miscellaneous charges that are hidden in language and overly complicated statements.
Transparency: Check cashing stores the fees for each transaction are displayed on signs that span the row of teller windows. The Pew Health Group analyzed two hundred and fifty types of checking accounts at the nation’s ten largest banks, and found that banks’ checking-account disclosures are, on average, a hundred and eleven pages.
3. Intimacy: For the lower-income consumer, check cashers and payday lenders are the long-lost community bank. Yesterday’s banks merged with other banks and branches, insurance companies and other kinds of financial institutions and, although it’s not a complete causal relationship, when they got big, they moved farther away from their customers and they found other ways to make money. One of the things that they did was discover fees.
Banks have become absentee landlords. When banks were mostly making their money from interest and from small loans, the CEO and the bank employees lived within the community. There was not an insurmountable wage and savings gap between the top of the bank and the lower rungs of its workers and of the community it served. There wasn’t a huge income inequality between people in the finance sector and everybody else. The check cashers employees are next door neighbors, they are not being driven in to work everyday and then driven out after hours to escape the people they served just hours ago.
Banks v Check Cashers. Winter is coming. Banks are spending (very) large sums on marketing, advertising, think tanks, pundits and all the ridicule and coercion that can be bought to compel the unbanked into their ATMs. Researchers and the media tend to use words like sleazy, predatory, and abusive to describe check cashers and payday lenders. Yet banks are seldom described in similar terms. The ‘experts’ highlight only the downsides of check cashers and payday lenders, and only the benefits of banking that  most low-income people don’t have enough money to enjoy. Banks charge more with all the additional fees, banks aren’t transparent in these costs, banks have little, to no, intimacy and relationship to their customers.
What I have tried to crystallize is that low-income people have decided to pay a premium for the what is important to them.
The greater lesson is to create value. And…
keep your hands out of other people’s wallets.
The End?