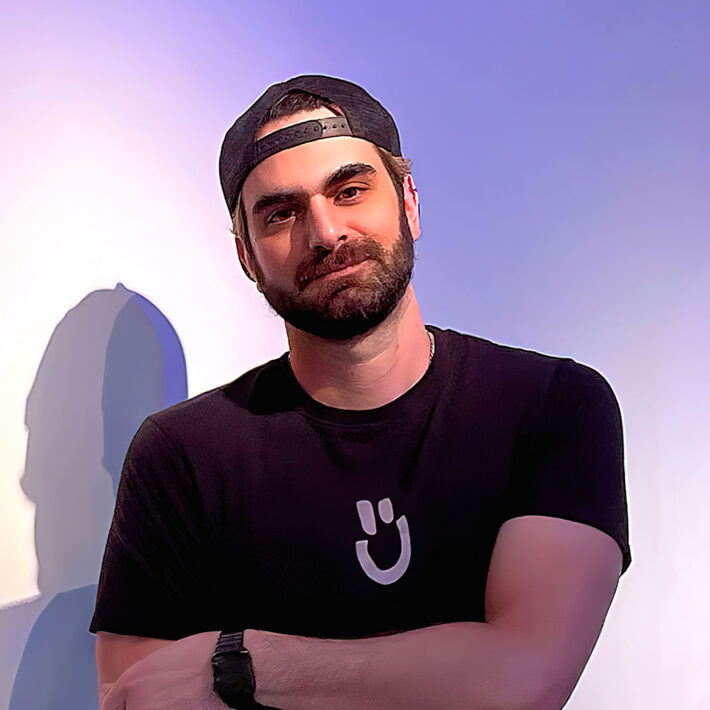 Scott Lewallen (aka the artist Sküt @inkedbyskut) discovered through many trials and errors he had a talent for embracing the unfamiliar. He learned not to be afraid of making mistakes because they led to great success in his career as an artist and entrepreneur.

Creating has become a ritual for Lewallen. It helps him grow professionally as well as personally. Lewallen has a very unique and creative approach to art. He views it as a problem to be solved by using technology and design. He enjoys experimenting with new substances and bringing new artistic ideas to life.

The Mischief of Discovery

He describes his process as intuitive and organic. His ongoing curiosity and love of learning led him down a path of the mischief of discovery. Scott calls himself an empath and extrovert who trusts his gut. This method seems to work for him. His successes are stacking up one on top of another.

The Use of Deeply Intense Colors

For Earth Day 2021, he debuted a solo art exhibition, Deep, and a curated exhibition, Wild, showcasing his ocean-themed animal artwork and a variety of wildlife artists through his network. Both shows were at TAG Gallery, Los Angeles, and raised money for Aquarium of the Pacific Long Beach, Birch Aquarium at Scripps UCSD, and the World Wildlife Fund.

Scott’s artworks are extremely rich and colorful, and the deeply intense colors he uses reach out and grab your eye. You almost can’t look away. In April, his solo exhibition ‘Deep’ celebrated ocean animals through an immersive gallery experience. He used several mediums to create the installation – canvas, sculpture, paint, light, sound, and up-cycled materials.

Scott values persistence and innovation. At one time, fearful of making mistakes, he now embraces them. Failure is his friend who leads him to better artistic works. He evolves and grows from failing, and so does his art. It gives him a platform to embrace unfamiliar and alternative paths forward.

Growing up in South Bay, he attended Palos Verdes Peninsula High School. As a teen, Lewallen launched a brand and graphic design business, Mezic Media. The name comes from an amalgamation of magic and mischief.

Lewallen was a Communication major at USC Annenberg with an emphasis on technology and entertainment. Taking topics in the human psyche and group mentality, he put theories into practice. While doing so he made a name for himself. He was Co-Founder of Grindr, the popular and highly influential LGBT social network and mobile app, and served as Senior Vice President of Product & Design before moving on to new endeavors.

Lewallen desires to help marginalized and underserved groups through art. In addition to his ecocentric art campaign for Earth Day, Lewallen has also raised and donated charitable funds to the Los Angeles LGBT Center in Hollywood. Helping others and being kind bring him eternal rewards. Scott feels happiest when he sees the effects and impact of his art on others.

You can visit Lewallen’s private Sküt artist studio at TAG Gallery on Wilshire Blvd, Los Angeles, open to the public Wednesday through Sunday, 1–7pm. He is also reachable on social media @inkedbyskut and on his website inkedbyskut.com