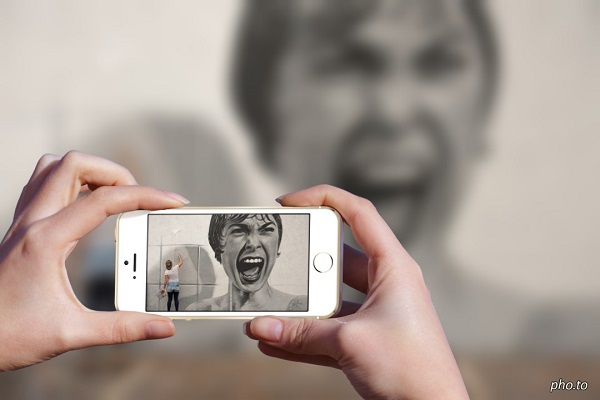 Unprofitable work is abundant. Profitable work is scarce.
Businesses have pushed the unprofitable labor burdens and work to its consumer.
‘What’s next’ is a capitalist system collapsing in on itself. Tyrannies always turn inwards, this was true 2000 years ago in the Peloponnesian wars that Thucydides detailed, and…it is true in the corporate tyrannies of today. This is a great bait for vigorous philosophical debate, but it typically begins and ends with and agreement that coercing corporations and Governments to solve the scarcity of paid work is a fool’s errand. There are many fools on many errands on both sides of the German Shepherds in Venezuela.
That debate does not resolve what is actually immediately before us.
Unprofitable work has been re-christened, like a battle ship with new paint, it is now gig work.
Be your own boss, choose your own hours, or not. There are dangers to the gig economy, sometimes called Platform based work, freelance economy and also includes ‘crowdwork’ and ‘work-on-demand via apps’. In crowdwork, workers complete small jobs or tasks through online platforms, such as Amazon Mechanical Turk, Crowdflower, and Clickworker. In ‘work-on-demand via apps,’ workers perform duties such as providing transport, cleaning, home repairs, or running errands, but the workers learn about these jobs through mobile apps, from companies such as Uber, Taskrabbit and Handy in which the jobs are performed locally.
Many platforms have performance review systems that allow customers to rate the workers and they use these ratings to limit the ability of lower-rated workers to access jobs, including by excluding workers from their system. The amount of direction and discipline that clients and platforms impose on workers, in that way there is also an asymmetrical advantage that the platform and the consumer share, leveraged against the ‘worker’.
Because work in the gig economy is mostly unregulated, certainly it is under-regulated. It’s legal and technological framework are years ahead of the laws and regulators, it is a self policing system that is only challenged in civil courts by the occasional lawsuit, each treated as a one-off.
In the platform economy, not only is the applicant, of a type, bidding against themselves at ever lower margin, they are also challenged to find their next gig. In a recent survey workers averaged 18 minutes looking for work for every hour working.
Even when jobs span a few hours or a few days, the worker needs to be constantly searching for new work. Ninety percent of workers in the survey reported that they would like to be doing more work than they are currently doing, citing insufficient work and low pay as the reasons they were not. Despite the desire for more hours, many were already working a lot: 40% of respondents reported that they regularly worked seven days a week and 50% indicated that they had worked for more than 10 hours during at least one day in the past month. Low pay coupled with the need to work resulted in workers spending long hours online.
The lack of protections for workers, the casual nature of the work and the elements of direction and control exerted by the platforms all point to a need to regulate the gig economy. Self-regulation by the platforms, as is currently the case, cannot ensure better working conditions and can jeopardize the sustainability of well-intended platforms in what is a global race to the bottom. Moreover, unless authorities step in and recognise that workers should not be denied protection just because they work for platforms, platforms will continue to have an advantage over traditional industries, risking a deterioration of working conditions that extends beyond platform based work.
But how to regulate? To begin with, the technology that has allowed parceling and distributing work to ‘the crowd’ can also be used to regulate the work and provide protection to workers. Technology can monitor when workers are working, when they are searching for work, and when they are taking breaks. For example, Upwork, the online freelance marketplace, offers its clients the option of paying by the hour, as it can monitor the workers by recording their keyboard strokes and mouse clicks and taking random screenshots. Uber expects drivers to always have the app on, which can track drivers’ whereabouts including their downtime.
This same technology can thus also be used to ensure that workers earn at least the minimum wage or ideally to regulate the wage agreed collectively by the workers and the platform. If labor protections are put in place, then platforms will have the incentive to re-organize work to limit search time. Technology and better organizational design can help to minimize search time, improving efficiency for all. The technology can also be used to facilitate payment of social security contributions.
With nearly unlimited supplies of labor and an absence of liability placed on platforms, degradation of work and workers will continue. While it is easy to become enamored of a myth that a line has been drawn, presumably in the consumers favor, from the past, these platforms are only providing another way of mediating work – driving and running errands, or doing data entry or audio transcription online are not ‘new’. Nor is worker abuse.
The end?