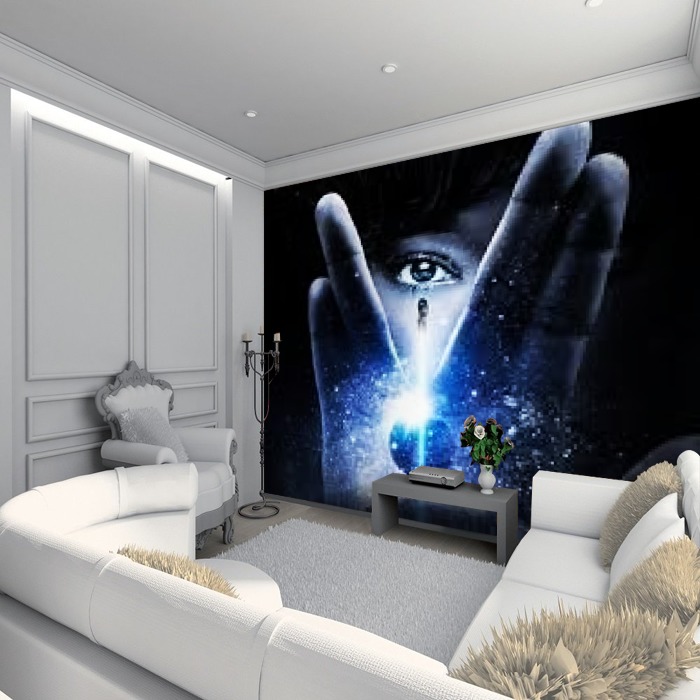 I grew up watching the original Star Trek. I was too young to see its first go-round, it had just been cancelled. I was the generation that loved it only once it had gone.
As there were not many episodes and it aired daily, I knew every one. These were days before television shows were implanted with endless novelties for tv blogging sleuths. Sometimes a tv show is just a tv show.
This was part of the magic of the first Star Trek series, it’s something the second series also did remarkably well. Both shows told good stories.
My mother was a probation officer and a very compassionate person. A regular feature of our dinners was her sharing her experiences in the courts’ system and with the people she encountered. She was, in the all in the family definition of things ‘ a bleeding heart liberal’. And so was I. Times were changing. I grew up on the lower east side of Manhattan and there was never a shortage of protests as society deconstructed and then reconstructed again. She carried a sign suitable for all demonstrations, it could be used everywhere, it simply said ‘I protest’.
The first Star Trek was like that as well. It protested and many of its stories were challenging in a way that school doesn’t. One of my favorite episodes had Frank Gorshin as a black/white, a remnant of the war against the white/black.
Star Trek Discovery. No BS review
I first learned about Star Trek Discovery when my wife Nancy, a diehard “Walking dead’r” told me that one of the characters in that show was going to be the star of the new Star Trek. Walking dead fans use these type of environmental cues to forecast who dies next. Sure enough, Sonequa Martin-Green was killed off. Star Trek Discovery debuted a few months later.
I am not a fan, nor a hater, of Walking Dead, but I do watch it…cos sometimes you gotta do one for the little lady. Nancy likes it, I sit close by eating popcorn with her. I did not think Sonequa was particularly good at the role in Walking Dead but I was excited to see her in Star Trek. Every generation writes its own history and I was interested to see how this would do that.
I really wanted the show to be good and, just as much, I wanted Sonequa to be great.
It is not good. She is not great. The show is what I don’t like about easy, connect the dots, science fiction. The moment I see that extra few seconds of special effects I get worried. Dazzle distracts from a good story. Lingering moments of ‘wow’ either adds to a story or it subtracts. Star Trek Discovery does a lot (a lot lot) of distracting. It is a commercial, every shot is trying to sell something to its audience and it’s all so painful.  ‘BUY SOMETHING’
Science fiction can be political without writing itself into a recent election. Is this science fiction so shortsighted that it can only be CNN in space?
And, science fiction does not have to be so self-congratulatory. Star Trek Discovery is taking its bows at an encore, yet it hasn’t actually done anything to applaud. They have leased the Star Trek franchise. The show is horrible. It’s going to get repossessed.
This show can’t just survive because it is a walking talking people magazine in space with too much special effects. I’m sorry to say but Sonequa was badly cast, she doesn’t have the acting range, instead there is no nuances to her screen time. Should see escape criticism because she is a black actress? Not every actor is right for every role, to give her a pass merely because of the precedence of a black woman as a lead in Star Trek is exactly what will bring the show down, quickly. It’s a political statement. Completely reasonable, but past one episode, after the statement has been received, there is nothing else there.
The scripts, so far, are lousy. It’s painted by the numbers to a cliffhanger season finale, but if this episode isn’t good why do I care about a cliffhanger next month?
Movie and TV critics are mercenaries. I’m not. The show is horrible. I’m disappointed. but it is what it is.