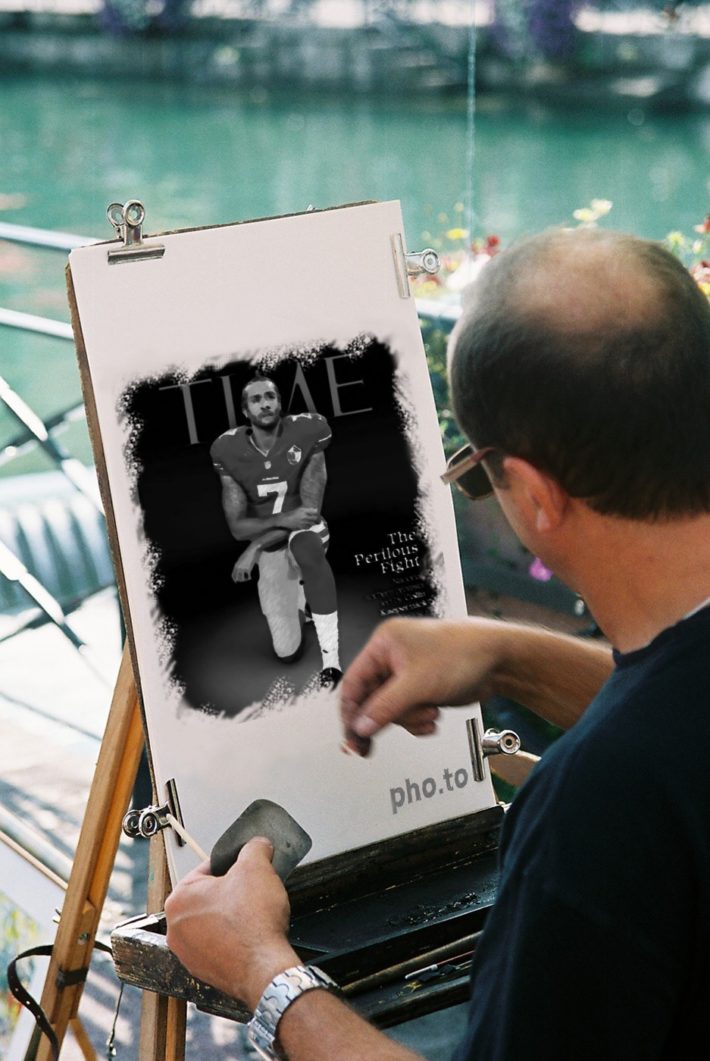 Take a knee began with Colin Kaepernick, the original take a knee’r, conflating high volume social protest with NFL level player ability.
Then in a mixed up public always looking for deeper meanings in TV shows like Game of Thrones (sometimes a mediocre show is just a mediocre show) it transformed into a symbolic protest against the injustice of police gunning down innocent black men. This was originally in response to the “hands up don’t shoot” narrative about the shooting of Michael Brown in Ferguson, Missouri—a narrative that was comprehensively debunked by the Department of Justice civil-rights task force sent to Ferguson by the Obama administration.
By its very nature, it does not come across to most Americans as a protest against excessive use of force by the police. It comes across as a protest against the national anthem. The message is supposed to be “I’m protesting injustice,” but it turns into “I’m protesting injustice, which I equate with America itself.” It is the petulant demand that everyone else fall in line with the protesters’ exact political preferences and their vague political program—I haven’t found anybody who can tell me what concrete measures would convince the knee-takers to stand up again—or else they will refuse to love their own country.
For a fairly large core of left, this message is deliberate. They have long sought to use racism as their excuse to indict the entire American system as irredeemably evil, in order to justify tearing it down.
This is how they have turned the protests into an attack on the game of football, the one area where we’re all supposed to be able to put aside our disagreements on politics and instead disagree about which team we should be rooting for. This protest is perfectly designed to take the fans of every football team and break them into warring camps. It takes a social institution that usually unites Americans of all races and creeds and turns it into an engine of racial conflict—in the name of progress…
If anybody thinks this is going to hurt Trump with the people who voted him into office, then this is going to be a long eight years.
The #Resistance is only tethered to whether Trump is for or against ‘it’. If he comes out in favor of God and country and the anthem and the flag and football and mom and apple pie—then the #Resistance has to be against all of those things.
What if you don’t go along with them? Well, if you’re not in the Resistance than you’re a Collaborator and you must be the racist enemy, too. Several prominent left-leaning figures are now suggesting that “The kneel will now become a sign of opposition to Trump.”
The tragedy is that these protests actually undermine the possibility of anything being done about the very issue they are supposedly drawing our attention to. The problem of police shootings and excessive use of force has been oversold and bedeviled with statistics, but it is real. A real, detailed debate on how to maintain law and order and keep crime low while also reducing the risk of wrongful police shootings would be dull but profitable. Letting the issue be dominated by a partisan protest culture virtually ensures that nothing of value will be done.
So congratulations, #Resistance fighters. You’re going to get Donald Trump re-elected, while simultaneously preventing progress on the big issue you claim to care about.
But, hey, at least you got to show us how #woke your 8-year-old is.