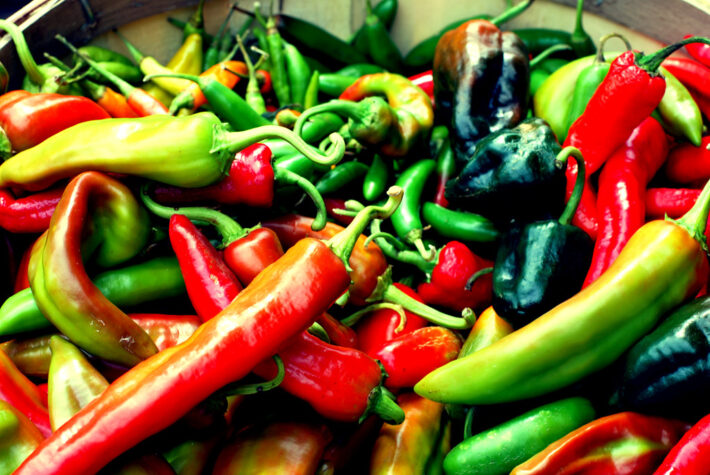 Fresh hot food was brought to our table every visit. The steam from the hot plates called for our attention; plate after plate was cleared from everything that occupied it just minutes before. The loud chatter from not only my family but from everyone around. Conversations crammed inside the restaurant along with the thick smoke from the bar-b-que that was shoveling out dishes of charred meat, beans, rice, fresh salsa and housemade flour tortillas.

When I walked to the bathroom with my mom to wash our hands before our feast, we would pass down an aisle that promised a glimpse of the tortilla conveyor. This machine continuously heated pillowy sheets of dough-y tortillas which Taste of Texas was most famous for. Walking back to the table with freshly washed hands, I couldn’t wait to roll one up between my palms and bite into the freshly cooked dough.

Growing up in Covina, I luckily have been able to experience many different forms of Mexican cuisine.We are more than just arroz y frijoles (rice and beans). It’s easily said that my culture, me being Mexicana myself, is one of sabor (flavor). We have tamales, chile rellenos, chilaquiles, tacos of course; all being from different indigenous regions of Mexico. We all have our own style… then there’s Tex-Mex.

Tex-Mex cooking can sometimes be disregarded as “true Mexican food.” It is a flavor that was created just north of the Rio Grande. I hate to burst your bubble, but so were burritos.

This didn’t stop his dream.

Nick’s Taste of Texas originally had its first restaurant location in a strip mall right off San Bernardino Road and Azusa street. It opened its doors in 1987 claiming to be the home of real fajitas — I wouldn’t argue. The storefront shared adjoining walls with a Fox theater, one that was always bustling with families. I remember as a child, it was a religion to watch a movie, the cost only being a mere 3 bucks and smelling the fajitas and freshly made flour tortillas just next door. Oh, how we — the community, all loved those tortillas.

The anticipation that I felt, and I’m sure the rest of my siblings, heck my parents as well, was excruciating.
That smell penetrated the theater walls. Popcorn and candy didn’t stand a chance.

Rushing over to the restaurant felt so close yet so far. We would arrive and try to beat the crowd as we knew that most of the patrons of the Fox Theater most likely had the same genius idea that we had to fill our bellies with the Taste of Texas.

I remember walking in. Red lighting. License plates of all the states adorned the walls. T-shirts of all kinds, band shirts, state shirts, local team shirts, you name it, they were there. The red and white checkered tablecloths stained from the years of usage and enjoyment, sometimes having a slight greasy film because of the rush and fast turnaround of its customers.
One thing that stuck with me was the picture of Selena. An autographed picture of Selena standing in my favorite restaurant. She was right down the street from me at some point, she is a true Texan. That photograph made her the godmother to the establishment. It was a baptismal nod, making it worthy of its name, Taste of Texas. As a child this made me feel special. Call me silly, but it did.

My parents would always order the same meal which included, a plancha of grilled fajitas, a huge bowl of frijoles de la olla, rice, salsa and those delicious homemade flour tortillas. Pillows that my tongue and teeth would comfortably lay in.

The fajitas would arrive steaming hot, customers watched as the waiter would bring them to each table. The sizzle and pop were intense. We always wanted to lean into the steam as if it were a carne spa but not taking the chance because that facial would be one not to forgive.

I remember my grandmother, after one of our meals, rolling up a tortilla and scraping the oil at the bottom of the plancha just to get every last remnant.

It was often that my parents would run into family friends or a relative. Most of them lived in East L.A. and would still make the drive. It was as if the smell from the grills reached further than our local noses… That’s how great this place was.

The owner, Nick, was always a face of comfort. He would not just greet his regulars; he would always be juggling like an octopus. They had style with it too, never missing a beat. Greeting, dining, serving; this guy was the conductor, and his restaurant was his orchestra; we were the audience.

The restaurant eventually outgrew the original stand alone and Nick bought the storefront right next to the original. It outgrew itself one more time and was completely relocated to 545 N. Citrus. The heart of downtown.
I was heartbroken at first. I grew up there. I had so many great memories.
The original edifice was eventually demolished which was even more heartbreaking. The only thing I had left was the food, and dammit, that was enough for me.

The only thing is that the new location didn’t have the same charm. It was large with tall ceilings. A stage was installed and a large bar. The feeling died for a lot of people that originally fell in love with the old taste. It wasn’t home any longer. Walking into the old Taste of Texas was the same feeling of crawling into a blanket fort. Sure, you can move a lot and making room might not make you feel that physically comfortable, but you feel safe.
I missed that feeling.

The collective uncomfortability from the community did not allow for the new location to flourish. Money was tight and business was bad.
Business was so bad that my mom told me Nick hung himself in the restaurant.

I was shocked. We all were.

It’s painful to say but Taste of Texas is no more. No more fajitas, no more flour tortillas and no more Nick. It’s no more than a memory.
The restaurant had a slogan and I find it even more true today, “At Nick’s Taste of Texas, you’re family!”

Even though he’s gone and so is the food, I carry the endearment of an establishment that might not have thought to have started a huge impact on the community that it catered to, but it did.

When driving down Citrus Avenue, I still look at the building and remember how much more Taste of Texas brought to not only me, but my family and my city. It brought us together.

We all still talk about how much we miss Taste of Texas. It is said that home is where the heart is and Texas truly found one here.