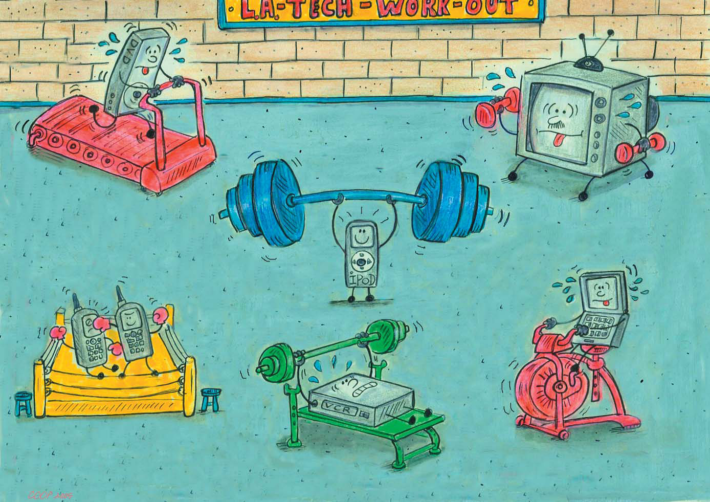 Television has revolutionized our way of seeing since its invention in the 1920s. It brought news of war, triumphs —like walking on the moon— and sitcoms we watch purely for entertainment on the comforts of our living room couches. Screen size, the number of channels available and ways of recording video are just a few things that changed dramatically as TV evolved.
TV in the 70s, when I was a child, projected only black and white and broadcasted a handful of stations. Today, kids are raised not by parents but the hundreds of channels programmed into the small electronic box. They can watch video content on an iPod, a gadget small enough to fit in a pocket.
Philo Taylor Farnsworth first began thinking about the concept of television when he was 14 years old in 1906. He developed the idea and finally felt confident enough to share his invention with the press. In September 1928, he released the dissector tube, the first all-electronic picture, which remains the basis of all television today.
Sony manufactured the first consumer camcorder, which utilized 8 mm video format in 1983. These devices combined a video camera with the VHS/betamax recorder, all in one. The company went on to update that large version with the Handy Cam camcorder a year later. Only 12 years later, the MiniDV tape, a consumer standard today, was born.
Technology is advancing even quicker today as consumers crave more viewing options, better picture quality and convenient ways of being entertained wherever they are.
In October 2005, ABC announced a deal with Apple’s iTunes to sell episodes of popular shows such as “Lost” for consumers to view on the newly released video iPod. NBC announced a similar deal with iTunes in the first week of December. They offer new and classic shows for download.
From families gathering in front of a wood encased television set to watch “The Ed Sullivan Show” in the 1950s, to kids streaming video of the war-ravaged Middle East on computers in their classroom today, TV has broadcast sights that are historical, emotional and often times unforgettable. Television has changed and will continue to improve its screen in an ongoing video revolution.