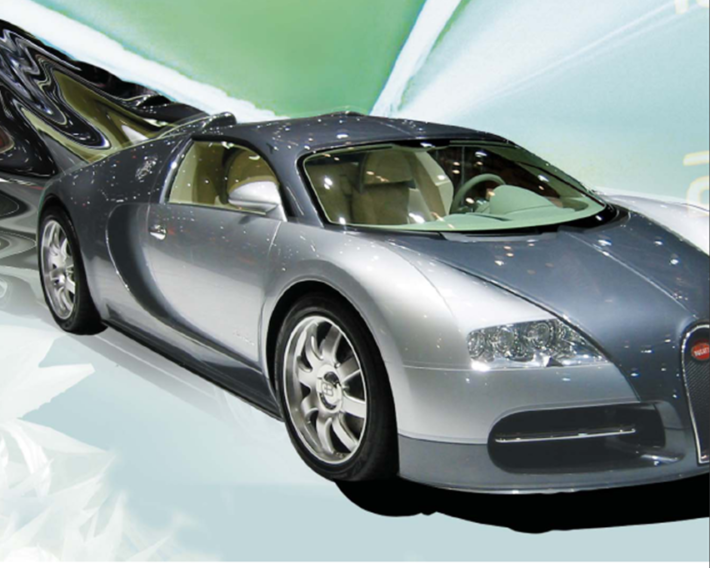 Shit, it happened again. Evvveeerrry siiinnngggllle tiiimmme. It’s those dreams. I can’t explain it. Wait, yes I can. This isn’t the unexplainable – like how Sarah Jessica Parker’s face can fi t on a TV screen.

What I see are just fl ashes. Here they come. There they go.

But they’re like lightning in a dark sky striking fast enough to disappear in a blink yet bright enough for your now open eyes to see the outlined haze it left behind.

This all started when I first saw it. This is my burden.

When you gaze upon its greatness, you too will be a slave to what it does to man.

And when you wake up, it’ll make you say the three words you love to say:

Oh, and you also might have to change your underwear.

The curves. Oh, the curves. You look at her. With all her curves and glamour. No matter if she is or isn’t, you feel like she’s winking at you under the lights.

Then you look at yourself. With the jeans that weren’t torn when you bought it. But you still wear it, posing like it’s one of those trendy jeans that fashion those defections.

But it’s not just how she looks. Oh, no. Looks are just the icing on the cake, the cookies in the cream.

It’s more of what you can do with her that matters most.

And don’t forget those foot-wide tires. “She,” of course, is the Bugatti Veyron 16.4.

The exotic sports car with the two color schemed carbon fiber body drew the most attention at the Los Angeles Auto Show in January even though it was surrounded by names like Ferrari, Spyker, Bentley, Lotus and Saleen. If Kristin Kreuk stood naked in front of the Bugatti Veyron, people would tell her to get out of the way. She’s blocking their view. Come back when we’re looking at Subarus.

One patron walked up to the car’s showcase with his friend and said, “There it is.”

Then silence. No other words need be said. Eyes are the lone essentials.

It is the ultimate I-want-one. The fastest production car in the history of man.

But in reality, the speedometer does start at 0 mph. It just doesn’t need to.

The Veyron goes 0-60 mph faster than you can leave your girlfriend if she told you she has a penis.

Well, maybe not that fast.

Then 33 seconds later, the Veyron (pronounced Vay – rone complete with a French accent) will be accelerating at its top speed, 253 mph. If you blink, you’ll miss the first mile. Its double clutch-gearbox has seven gears. Assume the name of the top gear is “ludicrous speed.” Buckle up unless you want your brains to go to your feet.

But at the ludicrous speed of 253 mph, the car runs out of gas in 12 minutes. The Bugatti Veryon’s engineers consider it a “safety feature.”

By this time, your brain should be at your stomach. Not quite at your hip. Still operable to place it back in your dome.

No other sports car in the world can touch its power. Try 8.0 liters, 16 cylinders, 64 valves, and four turbo chargers. Put that together and you have ego to the highest power, a.k.a 1,001 horsepower. Of course, it also has all-wheel drive.

All of this isn’t cheap, stupid. It’s also the most expensive production car. $1.25 million. That’s a lot of Frosties, my friend.

Here are three answers to questions you might be asking:

2) O’Gara Coach Company in Beverly Hills will be one of 20 dealerships worldwide that will be selling this wet dream on wheels.

And yes, it is possible to accelerate to 253  mph without being lifted into the air in an uncontrollable, unintentional swirl of death. This was the Bugatti engineers’ ultimate challenge. To build the ultimate jet without wings.

The car had to create enough down force without much drag and still be able to rush to its pinnacle peak. So the engineers created a “top speed” mode where the spoiler deploys and the car lowers while still accelerating. At 137 mph, hydraulics drop the car to near-ground level (3.5 inches off the surface) as the wing and spoiler deploy, creating 770 pounds of down force and preventing the car from going airborne.

But, heh, if you want to reach 253 mph. Well now, then you have to do something special.

To initiate ludicrous speed, you must stop the car. Put in a second key in a slot left of the driver’s seat. A checklist will commence making sure the car and lucky you are ready to erase the first two letters of impossible. If everything’s set and ready, the rear spoiler withdraws and the car goes even lower (from the default 4.9 inches off the surface to 2.6).

Then you check the flux capacitor. And we’ll see you on Nov. 5, 1955. You also don’t have to wait for 12 minutes at 253 mph to stop the damn thing. Believe it or not, you could also use the brake. The Bugatti Veyron can come to a complete halt from 253 mph in 10 seconds.

The day’s lunch always tastes better the second time. But you’d do anything for those curves.

Oh there were other cars at the Los Angeles Convention Center, all right. But just to validate the event as being an “auto show.”

But it’s like watching Family Guy, why would you change the channel? As far as concept cars go, the sleek Lexus LFA. A silver bullet had wheels.

After learning about the Veyron, it’s tough to describe the rest. The LF-A sports a V8 engine that spews out (yawn) 500 horsepower.

There is also the Maserati Pininfarina Birdcage, a 6-liter V12 700-plus horsepower (much better) cryogenic freezing chamber (mmm … not so much). As far as non-exotic production cars, it’s hard to trump the BMW M5 – 500 horsepower (100 more than ever before) and a V10 engine on a sedan.

But the Bugatti Veyron 16.4 is the centerpiece. The Kobe Bryant on a team full of Smush Parkers. If I ever get into a Veyron — the ultimate I-wantone, the car that spurns wet dreams — you best believe I’ll squeeze the throttle.

The Veyron goes 0-60 mph faster than you can leave your girlfriend if she told you she has a penis.