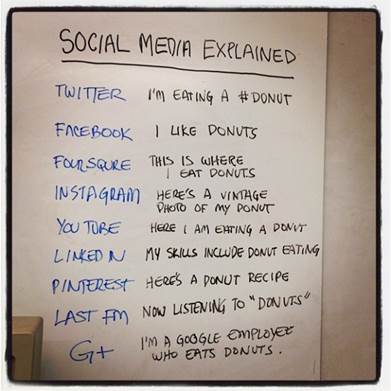 The Facebook and Tesla portfolio
Recently I went thru an exhaustive and almost complete review of my investments. Without sharing the arithmetic particulars the net is described (somewhat) below and it’s the same consult I have given whenever I am asked…
Facebook and Tesla.
I perceive of these in the same way that the 70’s and 80’s encouraged the financial consumer to construct a portfolio weighted with mutual funds.
In the early 2000’s I was an active buyer of Google but I still, out of a thoughtless ritual, bought assorted mutual funds. I was, perhaps, too receptive to marketing brochures and the conveniences funds offered. Old habits die hard.
However, in my rethink, one innovation that has been overlooked in Facebook and Tesla is that they are today’s disrupted mutual fund model.
Facebook and Tesla (and Google and Apple) have evolved to be the modern shareholder/risk diversification mechanism. A mutual fund or a similar themed investment methodology that is distributed into tech cannot outperform the digestive efficiency of Facebook, Tesla, Apple, Google
The intrinsic value of the company(s) are no longer an ability to merely tweak operational leverage in their favor, they are both far past those hurdles. They are making acquisitions that are tactical, strategic, speculative and huge
They can borrow cheap and have almost endless levers to exploit. But, even as important are they also possess extraordinary risk tolerance coupled with the discipline to ‘stop’, and cut off those companies that don’t satisfy shareholder requirements.
In the past few months I have been significantly weighting to TSLA, FB and moving in the other direction as an LP and investing in startups.
Inevitably I will miss some theoretical winners and be relieved of some theoretical losers. So I forego buying that gamble in anticipation that I gain from whatever companies FB and TSLA do, actually acquire.
FB and TSLA (and Google) are my ‘C’ round funds and it complements my risk appetite.
This is significantly improved from earlier generations of ‘strategic VC firms’ like Intel attempted years ago in an iteration and what Lucent tried in another. This new model succeeds because:
Cost of acquisition is large sounding numbers but large sounding numbers have never been so cheap.
Previous attempts at a behemoth model didn’t have such a far reaching ‘creation of a value’ system. Example: Intel just made chips. Their R&D costs and the compressed cycle to market kept them too busy to properly manage divergent business lines.
FB, GOOG, AAPL, TSLA: Their objective is not to blur shareholder reports (the 10’s, annuals and conference calls) but to use availability of cheap capital to move to where the puck is going on the periphery of their market.
If the market goes down it will take down FB/TSLA also, but it would likely take the entire market down in an equal or greater measure