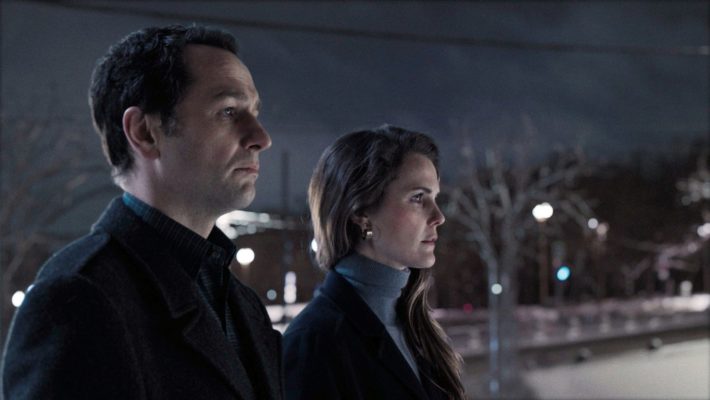 The announcement of the Screen Actors Guild nominations on Wednesday stayed true to the awards template set by the Emmys and the Golden Globes — everyone, apparently, thinks Mrs. Maisel is marvelous — with a few exceptions.

Shutting out the lead actors of “The Americans”

The good news: FX’s critically lauded, slow-burning spy drama earned a long overdue SAG Awards nomination in the wake of its final season. The bad news: It was only one, in the ensemble category, as the SAGs again snubbed the show’s lead performers, Keri Russell and Matthew Rhys, who portrayed the conflicted, identity-swapping Russian agents and couple at the center of the show.

Jason Bateman’s grim crime drama doubled its nominations haul at the SAGs from last year with four, adding Julia Garner and dramatic ensemble to go along with two more nominations for 2018 contenders Bateman and Laura Linney. In a bit of an upset, Netflix’s “Ozark” tied Amazon’s “The Marvelous Mrs. Maisel” for the most SAG nominations in the TV category after its second season.

With nominations for veterans such as Michael Douglas and Alan Arkin from “The Kominsky Method,” the SAGs showed a preference for the ancient tradition of honoring film actors making the great leap to TV. Missing from that number, however, was recent Golden Globes nominee Julia Roberts, whose role in Sam Esmail’s adaptation of the podcast “Homecoming” for Amazon was passed over by the SAGs along with the series.

The limited series/TV movie category is typically a crowded field, and while the SAGs followed their awards night predecessors’ lead in recognizing actors from “The Assassination of Gianni Versace: American Crime Story” and Hugh Grant from “A Very British Scandal,” Benedict Cumberbatch’s “Patrick Melrose” from Showtime was shut out along with AMC’s star-studded John le Carré adaptation “Little Drummer Girl.” In their place, the guild recognized the cast of “Sharp Objects” as well as Bill Pullman in “The Sinner” and Anthony Hopkins in the BBC’s production of “King Lear.”