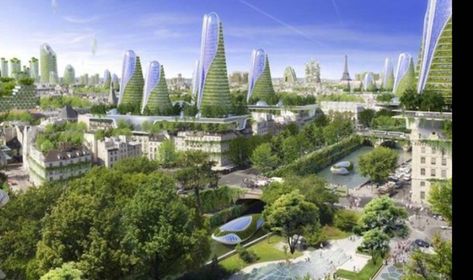 What is LA but the Globe itself, on smaller scale: the Child-of-today:

An Organism representing the whole of Humanity as it is today, developed in accordance with the primary, central Values and socio-cultural patterning as we have been having them for the past many centuries ?

It is now the Question of this organism’s appropriate relationship with its Natural Environment – smaller and larger, micro and macro (for, it is ALL interconnected and interdependent) that will “make it or break it” , when it comes to its further Life:
Will there be such, or not?

The City being a mixture of people of all races, ages and cultural and other qualities, it is, we can rightfully say, also a peculiarly specific embodiment of the same divine-idea represented by the Greek god Pan, on the level/in-the-realm-of human socio-cultural activities and interaction!

Understood and observed in this way, we can practically, and yet also with more-wholesome-in-scope horizon’s quality, each of us individually, and as the collective, See:
What is the Direction of the Movement-of-Renewal, with the Cleansing & Dedicating-Anew phases that now naturally compose it.

The very poison is the cure, when observed and then applied in appropriate manner!

(—- now, a funny image arises in my mind: the Krang, pink brain-creature, of the TMNT, in all of its both potence and impotence as it is, its full dependence on having the body and others around, its nakedness and thus weakness-of-exposure, yet its Power-of-Formulation-of-Projected/expressed-Sound, its only Active faculty which is thus honed to its utmost of capacity …! – this, certainly, is only an aspect of the shadow-side, far from the wholeness of what the City, functionally and in-reality, now is …)

The city does not produce, physically, its own food & does not sustain itself, when it comes to the Food-chain-processes of it as Bio-environment.

In the wider framework, we’re here akin to the Shaman, per the Tribal-function, on global scale. And, what we’ve been doing for a non-negligible time now, perpetually and habitually and giving it no whatsoever deeper prolonged thought, let alone Meditation on the
Values-supported, Values upheld and Values praised AND formulated, thereof:

we’ve been Projecting to the World specific moving-imagery and stories, with specific nature and quality! — the Shaman’s duty being to act as a Bridge/channel between the Realms of Human and the Wider-Nature (the Divine)!

This is thus a position of specific, adequate-to-its-function, Responsibility, as it is that of Naked Exposure of its own weaknesses-&-dependence-on-all-else (on the Network—of-all-Life), as is that of Power!

…. surrounded by so many screens and mirrors, and pressed to look inward by the global Pan-demic situation, we’re now finally waking up to the reality of fact that:

It’s been ourselves, weaving our stories and then carrying-it-through, individually and collectively – and this manifests primarily NOT through what the daily-conscious mind is occupied with, but through the subtle, ongoing processes and operations of the Subconscious mind, of each individual and thus the collective, within a given environment.

As physically large and spread-out as the city is, the Wave of Awakening comes gradually and is taking its natural time — reaching, as its smaller waves crest here-and-there, to different levels and realms within the organism’s chaotic and jolly (at places zombified, at others yet Ingenious!) massive, shaking-humming Body … that, however may seem to be a non-coherent, utterly non-sensical disarray, to the onlooker untrained in Proper Manner of Observation, in reality verily does have its distinct, Unified nature-quality!

And it is easy, in fact, to recognize the threads, creeks and sub-streams of this Single, large-branching-river (running sometimes silently, sometimes with loud rushing, roaring noise…) once you’ve had had that all-important, however small and utterly intimate, Conversation with the depths of your own heart, deciding in full-honesty, that:
For you, personally, from now on, the Renewal of Life of this City as the whole holds Priority over fear, and other lesser-scope motives, for your Acting and Choosing, on daily basis.

The Way-to-the-Other-Side is Unknown, due to the fact that the Bridge —- is yet to be built!

Yet (and Ha!): the very knowing of this, and knowing the unique-nature-qualities of ourselves, is truly ALL we need to know, at present – for the Bridge to be built with Artfulness, the Renewal-Foundation’s cornerstone pattern to be set up on Healthy, Wholesome, nature-seeing-and-knowing, Eternity-of-Joyful-Life-on-Earth-Loving, toward ever-expanding-Wisdom aspiring, basis.

For the Children, to Live in Joy on Earth and traversing the starry expand.