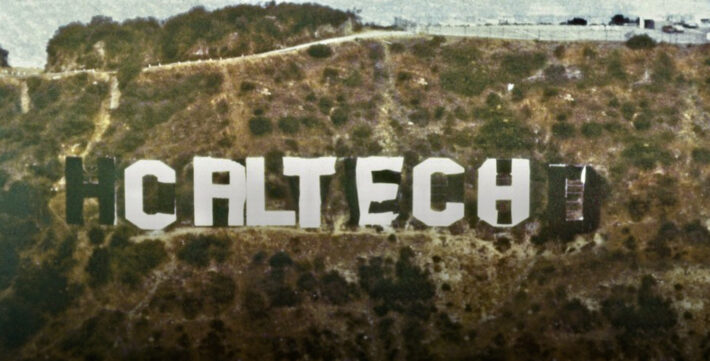 I went to college in Pasadena as a transfer student. My goal: to transfer to Caltech. It would take a little while, but I oriented myself with Caltech and went for any and all lectures and seminars I could attend. Eventually, I started to find my Pasadena City College professors included some former Caltech staff. Thus began my college venture.

My courses took my on a scientific adventure into chemistry, biology, and the environment. All the while, I attended lectures in Caltech and focused on auditing and auxiliary learning. It would lean me on a three year hiatus period of open study, the seminars at Caltech motivated me to learn more about the campus and its breakthroughs. I grew connected with the institute and learn of its past, events, and relevant lectures.

I found Caltech has been changing over the years, since I first sought to transfer. Becoming a registered pre-grad student is notoriously difficult so some of us opt to be post-grad students. For me the seminars were a main draw. However, Caltech seems to be more inclusive than ever, this seems a great time to apply. Several colleges are following this trend. Motivated and career-seeking students are usually more high performance than traditional students, who often seek credits and did academically well in high school. This means students with less than As could get in.

Administration might be heading down a new path. During an orientation updated for yearly trends and relevant advice for newcomers, it was said becoming a student would be easier than before. “You don’t need all As to be a Caltech student.” While I could hardly believe it, the ongoing orientation lecture spelled it out. It was state, new applicants were sought with more diverse background and interested; hard-working people were preferred. This was good news for me, a competitive but not straight A student, and someone who’s always had some difficulties with transitions and keeping pace with high speed education.

A-students and traditional academic seekers would still be the mainstay ­– now more potential applicants had a shot. I felt my desire to become a fulltime student reenergized. However, my plans had to be shelved when Covid-19 appeared. Caltech also led the way with systemic and diverse Covid research, aiding in preventative studies too.

In short, I was very impressed by this. The modern student is not the rigid academic of yesteryear and creative, deep-thinking, motivated peers are taking over. I think Caltech reflects learning and research on all levels and areas from the humble life science student to breakthrough developments in robotics, chemistry, and medicine. If you are not intellectual, it is still a great place to attend for a few years.

The campus life is vibrant and seems to improve each year in many ways. Caltech is a world-class place of research, a lot of major science and innovative breakthroughs have happened here. To me it’s also the original Big Bang Theory (or society) – not Berkley.
Caltech is a very hot place for scientific scholarship. (As a Biology student and former Biotech Major, their diverse and specialized life science divisions are doubly commendable and well-managed.)

Recently, I found out Caltech gained a grant of nearly a billion dollars for climate and carbon studies. It’s a serious deal. This is the major talk across ecology, atmospheric and climate studies. How can we contain global warming and resulting weather and climate chaos if it’s also caused by mega human industry?

I found through a guest speaker; Caltech is working with other universities like Max Planck Institute in Germany. Caltech is a major communication nexus between science firms and colleges. To me, studying atmospheric carbon and how it effects life on Earth is a personal path. Caltech is pushing to solve this problem, climate change, and its effects on the Earth. I found a lot has changed in Caltech too.
…

Hunting for Caltech history and on-campus shenanigans also drew my interest. The campus has a history of mad science, amazing moments, jokes and even rivalries. To me the ongoing feud with MIT is one noteworthy instance. It’s been a little while since I’ve attended lectures or sems, however the jokes and stunts of the student body are legendary.

One epic feat was modifying the Hollywood sign to read “CALTECH” (in the late 80s). A more well-known prank is really the ongoing feud between Caltech and MIT which has sometimes dragged other universities into the drama. While the pranks and humor involved are often small-scale, some are grandiose like the 2005 case. ‘Caltech’ was written on the Green Building via laser, a blimp was flown into the high-ceiling Lobby 7, and more than 1,000 shirts were passed out. …

Another project is a true scale TARDIS which was successful erected in Caltech, however the original attempt to place it on a roof was not so tangible. This too linked Caltech with its Bostonian counterpart as the TARDIS was made by students of MIT. To me Caltech has this youthful, driven energy which is also seen in motivated alumni.

I could compare it to Berkley but that’d be cheating. This city of intellectual evolution and applied studies is a driving force of Pasadena, a real draw for science students like me and others seeking true career foundation in math, physics, geology, chemistry, neuroscience, or environmental research.
If an institution does develop a real, working TARDIS, I fear Caltech might just be the one.

While I was on campus I often heard about new development from senior students. There’s always the bustling dichotomy between newcomers and students clearly in element on campus. I came to be a biologist, but I learned a lot about campus dynamics, new programs and the big science on campus.

Neurology and chemistry are big, as I touched on before, the carbon studies are a new direction that Caltech is taking into. College fun and pranks is a dash of excitement, but the real fun is collaboration. All students learn quickly that Caltech is changing, and the campus is modernized, it is a unique STEM experience I would recommend to serious students (and people into a science or technology career).

It is not a design school but the compelling combination of students, interdisciplinary collaborations, and the stories of different focus members working on bigger, more elaborate goals blows me away.

As a biology student in transit, I often seek top research breakthroughs and the hot news about science. All roads, it seems, lead to Rome.

Caltech features leading and Noble laureate figures, including Doris Y. Tsao, a renounced neurologist delving into the learning patterns of the primate mind. She’s one of several major directors of scientific research in Caltech, head of the Division of System Neuroscience. I also tracked the exploits of one Dr. Kirschvink (of the Magnetic Field Lab), a geologist studying paleoclimate and magnetism, and electromagnetism’s effects on the human senses and mind. He’s also developed some neurology research including use of brain scanning headwear. Just two of the groundbreaking members of the Caltech community, those adding to our knowledge and tech.

Lastly, I pay attention to those changes and progress on Campus. A building known for the racially biased views of its namesake has been renamed, part of the ethical accountability of administration. I have been through several orientations and met organizers and professors in the biology department.

A few years ago, it seemed like some changes were needed but now, apart from the big dip that was Covid, it’s been beautifully shaped into an even finer campus. Student acceptance has also changed. I attended at least 2 school seminars meant for classes of younger students and opportunity for more students and diverse learning is expanding as well.

I have seen signs of strong social progress in Caltech. I wish more universities kept up with students and pro-class policies. The professors and other leaders of the admin itself are top level, many are groundbreaking researchers, professionals, and organizers.

I would like you to know, Caltech is a fairly open campus. It’s good to just come here at times to peruse the gift shop, take in the campus air and talk with a professor or student if they’re cool with it. It is one of my favorite places in SoCal. Ponder life’s mysteries in the Beckman Auditorium, catch a classroom seminar with other students, or read up on campus news. If you haven’t made the cut or want to connect with people in your career path (who work on campus) I suggest seeking them out. Chances are there’s a staff member or alumni doing what you want to, and they can give you some golden advise.

If you’re feeling a deep need for bliss, find the unique flower garden south of the Schlinger Laboratory. The campus has its spots. If your time permits, check out Caltech and explore. To any students or faculty who may be reading, thanks for representing this outstanding university.