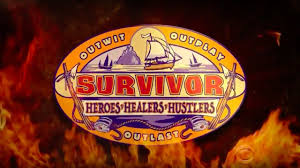 I’m not gonna give a whole analysis or the forensics of  how I came to my guess, because it just doesn’t matter. Either something happens or it doesn’t.
I’d like Ben to win. I think he has played the bet of the bunch. And…he’s likeable (IMHO)
But, this is a season of goats, a mob of second stringers that don’t form lasting, faithful alliances, instead they are mercenaries.
Chrissy has played a good game but she irks me, I’m not sure what it is. Could be the much to revealing bikini the producers no doubt out her into as ‘her outfit’.
There are 5 left for the final show. I don’t expect Ben to win a challenge and he’s the easy person to take out. Chrissy has been formidable in challenges and she only has to win the one after Ben. Usually that last challenge is endurance and/or puzzle. She wins the challenge and wins the show.
Chrissy for the win