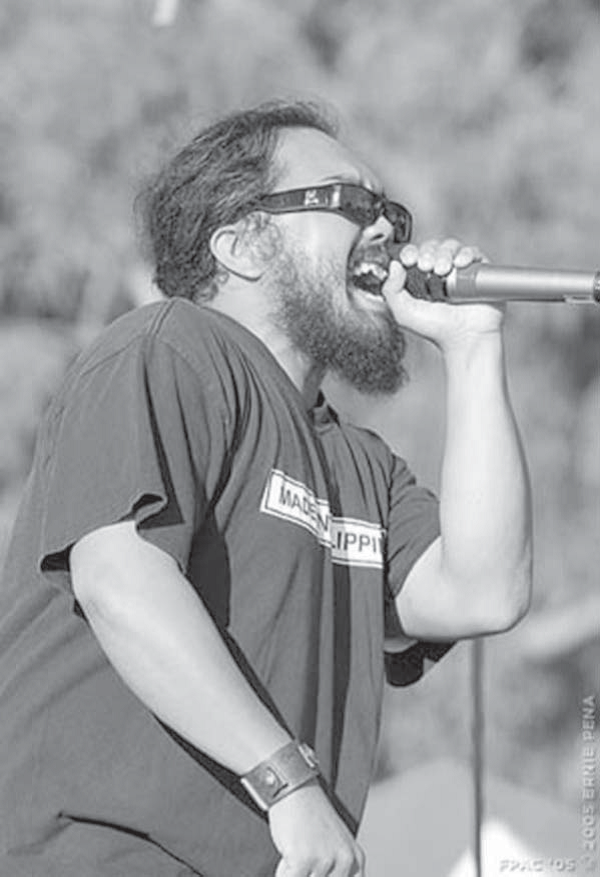 Everyone experiences it. At on point of our lives we have gone through, are going through, and will go through it. The human race since time immemorial has experienced this innate phenomenon – from when primitive man started banging bone on wood and skin to aristocratic ballrooms to the heyday of the 60’s and 70’s up to today’s bling having, guitar-shredding, beat mixing, trance-inducing variety of musical flavors. Everyone knows about it. Even your geeky high school classmate (who’s probably making more money than you are now) knows about The Rush.

Talking to DJ George Garcia took me to what seemed like a surrealistic plane. Think about it… he’s one of those talented people that with one push of a button can make people scream in dancing delight, and bump together with whatever mix he throws at the dance floor. God-like omnipotent power didn’t come overnight though. A club veteran of 16 years in two countries tells his story.

LA Journal (LAJ): When did you start mixing your own tracks?

DJ George: 1990 to be exact. Manila – Philippines. I was part of the DJ Mobile group called Blare Mobile. We were playing 80’s and 90’ mainstream dance and new wave when I started. I kept the name Blare – Blare Productions.

LAJ: How do you feel when you’re mixing (both at home for new tracks and at a party)?

DJ George: Playing live is always a challenge for me. I wouldn’t know what to expect always from the crowd. At home it’s easy and hard in a way Easier because nobody is around to listen to it so it doesn’t matter if you f up or not *laughs*!

LAJ: Being a DJ is somewhat being the energy of the party. How would you liven up an empty dance floor?

DJ George: It’s all about momentum. Momentum of the music. I mean, I play house music so I usually start my set with vocal house and/or soulful tracks then I slowly combine everything (deep.soulful.funky house tracks). It’s all about the momentum, once you build that momentum you can play heck whatever you want to play and you’ll always see the dance floor packed *grins*.

LAJ: Are you planning to produce a CD for your mixes or you’ll only be “live-mixing”?

DJ George: I did a couple of mixed CDs, I just don’t remember where they are *laughs* but I’m pretty sure the master copies saved in my old PC. The most recent was a mixed soulful/deep house session I did back in December 2005. I’ll look for it! *laughs*

LAJ: Being an MC is somewhat being the energy of the party. How would you liven up an empty dance floor?

MC Ethnic Descent: Well in between songs that the crew performed Dj Kram would do a tribute by playing songs everyone knew, giving us time to dance for a bit before another Sound Proof Crew song was performed. See people just stand and listen and don’t usually dance when they hear a new song, especially something they aren’t familiar with, so by playing a song they can relate to, is like a way of saying this is what influenced the song they hear from us.

MC Ethnic Descent: Our first live performance was a doozy *laughs*. One of the heads couldn’t make it on time for one of the songs, so our home girl Lisa had to do vocals for a song, so 20 minutes before the performance, she was in the parking lot trying to memorize the chorus. *Laughs* In addition  to the performance, the mic kept giving u feedback so we had to keep moving, but the space was limited so wires were getting tangled and all that. Very amusing experience, but overall the night was dope.

LAJ: Where can we get your CDs/mp3s?

MC Ethnic Descent: We’ll have a website soon at www.soundproofcrew. com but yo can log on to http:// myspace.com/soundproof crew.

LAJ: Are you good at tongue twisters?

MC Ethnic Descent: The only thing I can say is wait until the next album bears witness to what else we can do and what we are capable of doing.

LAJ: Name a good time to listen to SoundProof to match the vibe of the moment.

MC Ethnic Descent: A good time to listen to our music would be when summer hits and you’re looking for spots to chill and mellow out. Our music is the music you play at bonfires or kickbacks or when you just want something to make you feel good when down and out. Two different genres that bring similar Rushes – speed and ante up your tempo with assorted musical flavors. Embrace diversity. We are all of the same Rush with music as our unifier.