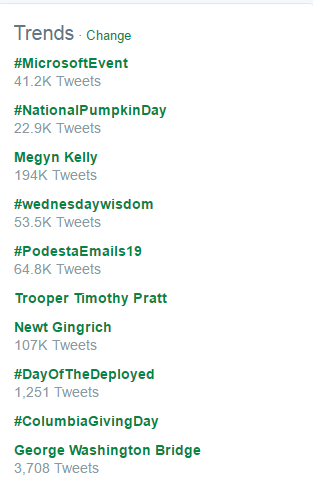 Twitter. I used to love the product but hate the stock, now my love for the product is being deteriorated, I like it, not love. If I were to use whatever concocted algorithm Twitter claims to use to establish ‘Trends’ my affection would not be on it.
Twitter has always been infested with the stupid, primitive bots.
A new bot has been manufactured, it is the Mr Smith. The T100. A Replicant. They are cleverly engineered. They look somewhat real, sometimes have a name, a photo, they have a profile that links to something – I have followed their links to Facebook profiles populated with all their bot friends and to other suspect identities.
The bots tweet, they retweet and like each others tweets and occasionally a random real person who has tweeted on a related topic. They are also programmed with responses and chat. There is sometimes a noticeable imbalance where they have few followers but lots of follows and they typically have an extraordinary volume of tweets in bursts.
I first noticed it with several prominent VC’s who were cheating a bit by feigning an interest in tweets. But then it was movies, TV shows and then, like a violent hurricane that doesn’t end, the Donald Trump and Hillary Clinton twitter accounts. I thought it was ‘genuine’ of Bernie Sanders twitter account to have only real followers but then towards the last days of his Presidential run the follower count was growing too quickly and now his account is more bot then real. He has become a parody.
I wrote several commentaries I about Twitter stock and product from the day that management came to my office to pitch the IPO and aftermarket shares to its employee purge that commenced this week. Those posts are great context.
Before those reads is the post featured below. I strongly recommend it. The same ‘black ops’ that the political agent discusses and admits his complicity to, has bled into tha advertising strategy of consumer products and other assorted crap. Bots and faked enthusiasm have become the norm on Twitter and real conversation and exchanges of information has proportionally diminished.