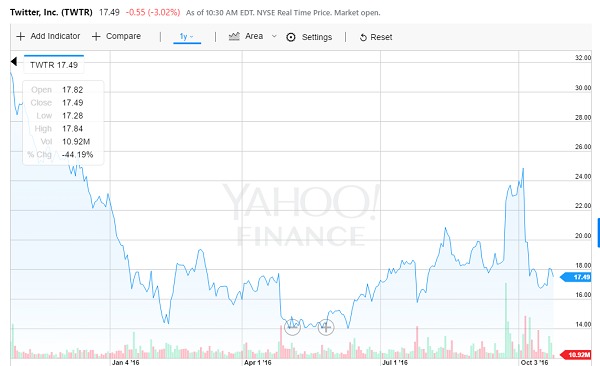 TWTR expands and contracts. It is, in many ways our universe in Tech and VC where I reside. There are alternate universes, cyclical companies, utilities, consumer items, but I am here.
Most business pundits report history, they are unsure until a pattern becomes clear and it is safe for them to join a herd, then they become it’s expert. As such they are always last months TV guide. VC’s also have their limitations. they have little unique insight into the dynamics and mechanics of publicly traded companies. That is not a character flaw or a ‘bad’ thing, it is because they are only a few stations on an assembly line, after which it moves along to the next stations without them. They will retain some interest, but largely as a spectator with a seat at the table.
I have commented extensively on TWTR thru its life and I have included those posts for a proper framework.  I have shared when I avoided it and its preaching analysts and overly enthused fanboys and girls. I have also commented on when I went short and why. Please start the reads from Twitter Buyer beware, linked below.
Pricing TWTR is imprecise and intuition can be more accurate than science.
Twitter is for sale.
Every public company must fulfill its fiduciary obligations to enterain any reasonable bid. What is the right price for TWTR. Twitter has probably goten close to 80% bot traffic, this can be shown by several authorites but none greater than the impresions that happen on the twitter timeline and also off the page , embedded tweets and number of click thrus. Bots infest movies, weight watchers, tons of extravagent and unnecasay consumption products, venture capital, (un)newsworthy events and I suspect that twitter is one of the largest ‘buyers’ of intelligent bots but doing it thru third parties.
This creates a whole bunch of problems with the ability to reliably forecast earnings and risk of sleuthing and a reveal.
There is a reason bank staff must take annual vacations in consecutive days, this helps detect fraud and gives new eyes a chance to dig deep.
What is the right price? My guess has always been a takeout in mid single digits, let the company starve for a while, let them thin out staff, change the culture around to be leaner and hungry.
Today TWTR announced a reduction in staff, they had been hoarding developers so the loss is just their extra baggage. They are doing this because the potential acquirers don’t want the exposure and they don’t want to have to pay the severance packages. Firing that many people also has a long tail, sometimes the lawsuits don’t hit for a year. Real users can migrate quickly and encrypted social networks will soon take hold.  I wouldn’t short the stock or buy the stock, it will be a tug of war. Watch it as a leading indicator of the sector, but keep away from the impulse to trade it