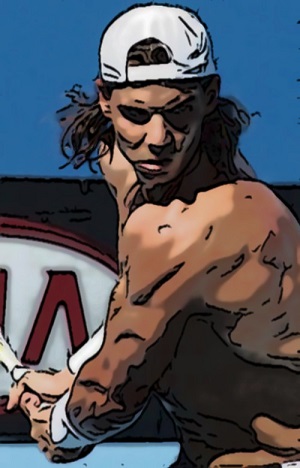 I am a sports fan. I’m better at watching than doing.
Over the past few years I have lost interest in many sports for one common reason. I may be an grumpy old man who remembers the past too fondly…But whats up with every sport getting juiced up on steroids and PEDs?
Most spectators lump a whole assortment of banned pharmaceuticals into a catch all bucket they call ‘steroids’.  A more proper description is Performance Enhancing Drugs. These are pills, injectables and creams that have a smorgasbord of effects. They can help you lose weight but preserve, and even gain muscle. PEDs can make you gain pounds of pure muscle without the fatty baggage that a normal person would have to endure. PEDs can increase your aerobic capacity. They make you super human.
The fans and the uninformed gasp when you invade their comfort space. They think their favorite athletes are clean. They think the default is innocent unless proven guilty beyond a shadow of a doubt. But, for athletes with multi million dollar contracts, sports franchises who will not anyting to interfere with the wholesome image of impossibly muscled peopled and everybody equipped with lawyers and politicians and almost unlimited resources, thats too high of a threshhold.
A generation past Sammy Sosa, McGuire, Lance, Johnson, Holyfield, Canseco and other accidentally discovered cheats, the default should be presumed guilty or prove otherwise. There should be year round random testing for PEDs (most athletes publicize that they are ‘submitting to testing’ but it’s actually not for banned substances but just regular blood checks to report back to insurance companies, doctors, etc.,)
Athletes should be given a policy of any combination of 2 failed tests, or no shows, or unavailable for testing, and you’re out.
These athletes are making gazillions and they have become poster children for the PED’s that your children will one day be clamoring for. Everyone wants to be like ‘Mike’.
No Athlete should be beyond suspicion.
I can’t think of a sport where the old guard has not been dethroned by the juiced up millennials on PEDs. Even the juiced athletes are being beaten by the more juiced. It’s meshuganah.
Except for the UFC. Mixed Martial Arts leading brand.
Crazy but true…
The old guard athletes were heavy PED users. But, because it is such a brutal sport several states permitted it to be legalized with the provision of  very regimented AND ENFORCED testing. Nevada is the most rigid. Other states are more lax, to the point that testing is essentially optional. There are still many countries where testing doesn’t happen at all. Over time all the states and countries will come into line with the most aggressive testing policy.
In the UFC, the superhuman advantage that the old guard enjoyed is being taken away, one fight at a time.
This will be a generational shift, it takes time like falling dominoes.
A new gernation of clean athletes like Conor McGregor will retire the deflated husks of the once great champions that have turned pudgy and out of breath without their bag of tricks.
Congrats to the UFC and to the new athletes keeping it clean
“Recent posts in MMA”][vc_basic_grid post_type=”6″ style=”load-more” items_per_page=”6″ button_color=”mulled_wine” item=”basicGrid_TextFirst” grid_id=”1451853102167-43c4ca5b-e7be-8″ taxonomies=”363″]