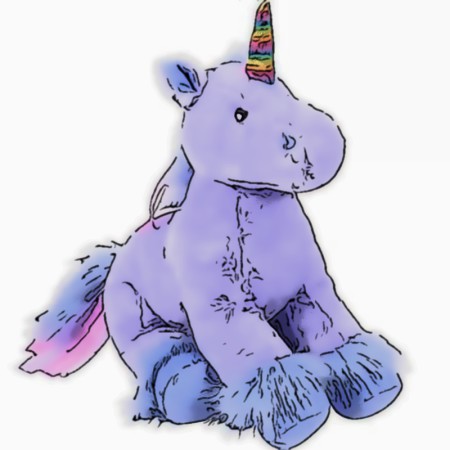 Unicorn breeding is a spectator sport.
(please swap in company name for ‘unicorn’ and whatever staggering valuation amuses you)
Is Unicorn worth it’s valuation of x billion? That depends on quality of the information used to calculate price, an assessment of the valuation schema given to its industry peers, what your anticipated yield on the investment is and what liquidity events are likely.
Another consideration in the pricing is who’s buying, who’s money is it? Is the investor a pension fund with pressing obligations to pensioners, is the investor a venture capital fund that has LP’s?
Unicorn is a privately held company. It is not does not report in compliance with the regulations required of large public companies and it’s investors bid up its valuation far exceeding an ability to defend its price with arithmetic.
Because its ownership is so small, distribution and volatility of the shares is not an enormous concern, yet.
What if I my hobbyist calculations add up to a wildly different sum than the investors? What if I think the right valuation for unicorn should be much lower, 45 billion dollars less then its strike price today, how can I stake my bet?
I can’t, yet.
Unicorn is not a public company and there is no efficient marketplace for its shares, there is only one side buying and another side selling, It is two sided, Ebay without the return policy.
Unicorns do have secondary markets for miniscule amounts of shares as employees might want to convert their shares to cash, but those amounts are tiny and the pricing is mostly inflexible. If a teaspoon of water is removed from the ocean, the remainder is still an ocean.
This week Calpers, California Public Employees’ Retirement System, finally, after years of being pressed and challenged, disclosed the dollars performance fees it paid to its alternative capital managers in private equity and venture capital. This is from the Wall Street Journal:
Without fees or other costs, the plan’s private-equity returns were 19% over the past 20 years, according to a Calpers report presented at a board meeting last week. But after factoring in the cut kept by private-equity firms, those returns fell to 12%, Calpers said.
Private-equity performance has also fallen below Calpers’ own internal benchmarks over one-, three-, five- and 10-year time frames, according to Calpers documents.
California State Treasurer John Chiang, a Calpers board member, said the Tuesday disclosure is “a meaningful first step in removing the shroud of secrecy over an investment class which is both controversial and vital to our investment strategy.” But “too much compensation information remains missing,” he added.

What happens if unicorns are repriced and/or if the public markets no longer offer a safe haven of careless retail investors and/or if Calpers, or NYS pension fund or Fidelity or Blackstone of you ‘pick ’em fund’ forces a liquidity event, at any cost.
The maketplace for unicorns has to be dramtically improved to avoid a Resolution Trust like clearinghouse of repriced unicorns.
If there is a run on unicorns it has ripples that will hit a lot of beaches. One strong seawall that should be erected is to increase and improve the sides in the marketplace to more than just ‘buy vs sell’