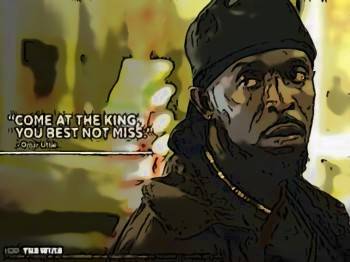 “Updated 6/14/2016”]I wrote the article below in May of 2015. I was actively short, and shorting, the stock of LinkedIn.
My average short was around $210. In mid February of 2016 I covered my entire position at an average of about $113 per share.
Yesterday Microsoft bought LinkedIn, the price was above the LinkedIn 12 month low but also below the 12month high. The baby was split.
LinkedIn, the epilogue
Transactions of this size are a spectator sport. The ‘live’ or ‘die’ partisans point thumbs up or down. What is happening outside the coliseum affects what will happen inside…
US and the World is about to go into a cycle of significantly low(ering) growth. So…
Growth (very large numbers that get larger) has become priceless. Some…
People are looking to the Fed for guidance and policy, but those people are nostalgic and clinging to the familiar fiscal policy apparatus. I look to
Google, Microsoft, Apple, etc., Fed prints cash, MSFT prints stock, which is a more durable currency in a time of negative interest rates? And which has more upside, better governance, more transparency, accountability and legal protections.
LinkedIn was becoming a victim of the fast history of technology, then…
Microsoft buys LinkedIn. But, but, but! No Butts…
Microsoft & LinkedIn. Don’t consolidate accounting, don’t terminate employees, keep all redundancies. Smoke and mirrors are a good thing. Preserves tremendous levers (sandbagging) and operational leverage. And…
LinkedIn user profiles are reasonably complete intelligence. I can cross stitch into insurance, payroll, wallet, financial services, Bing.. My gosh, it’s an ‘almost’ country. So…
I am a citizen of Microsoft who resides in _____. I am a programmer in Venezuela (LinkedIn profile), you are a programmer in Idaho (LinkedIn profile). We share a culture (the Microsoft end-user agreement) and a language (Translator, Instagram, Snapchat, Whisper) and proximity (lets Skype) and iconography (user experience). It’s a generational shift.
Who is buying and who is on the block? well…
Few companies have a big enough top line to buy really, really big books of business. And…
Few companies have really really big books of business
“Original post dated May 2 2015”] I like LinkedIn
I use it, it is my address book, it’s (usually) an unobtrusive connect. I am a shareholder, I know management well. My companies have used the recruiting solutions extensively.
Tech history is quick and so is investor patience.
Dennis ‘Cutty’ Wise: The game done changed…Slim Charles: Game’s the same, just got more fierce. – The Wire
Wall Street has set a high water mark and that can, and does, play havoc with a company’s collective head.
Over the past two years the wall around the LinkedIn garden has gotten higher and now they seem to have finished construction and shut the gate.
I don’t know whether that’s good or bad, wars are unpredictable things. Both sides will make mistakes.
The contemporary, 2015, corporate, Peloponnesian war has begun. The stronger alliance is behind Salesforce.
I do not know if Salesforce will be bought although I do think they should be, they are, almost, priceless. I have been banging my shoe that they are well positioned to go mile wide, mile deep.
Salesforce has made some exceptional acquisitions, I have been intimate to several and their due diligence and precision was on the money. They have a philosophy.
Some part of that philosophy has been sustained friendly, and equitable, relationships with developers and bilateral sharing.
He without sin shall cast the first stoneSo y’all look in the mirror double check your appearance (parents)Bitch, I said I was amazing, not that I’m a Mason – Rick Ross (it’s not relevant to LinedIn or Salesforce but i have worked out a lot to this song and it makes me laugh)
Between the lines they have been explicit that they want to go where LinkedIn is, they want to go up from the employee.
I think they will succeed and soon we will utilize them in a very LinkedIn way, it will be Salesforce with a different logo.
As a rule, men worry more about what they can’t see than about what they can. – Julius Caesar
LinkedIn has pissed off too many developers. When you have a platform you have to make sure that all links are capturing and creating value and profit. This is not to say that there weren’t a lot of API pilfers, because there certainly are but every empire has learned that you have to compromise with the enemy armies on the periphery, you have to give them some good land because you can’t, ever, sustain a garrison on every outpost.
LinkedIn has shifted tactics from allowing the Huns to settle in the far lands and police themselves to having a local police force and banging heads.
I think they have made a mistake. And, I think they will be LinkedOut