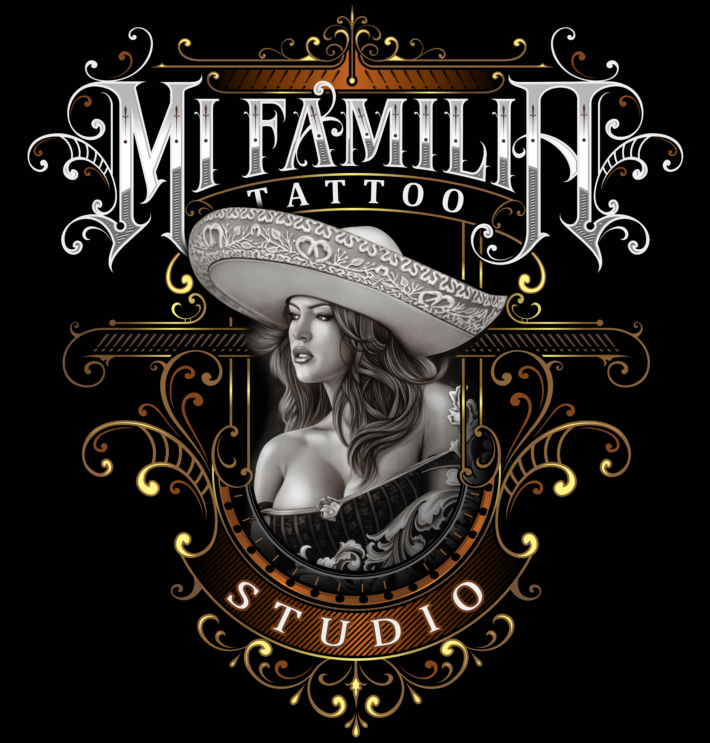 Bigg Ceeze, originally under hire as a resident tattoo artist at Mi Familia, eventually gained ownership over the studio when Adrian “Spider” Castrejon decided to step down. Bigg Ceeze has put in the major work to make sure that the studio would continue a legacy in the tattoo world, so much so that he decided to open a second studio in Lake Elsinore, California and partnered up with Jonas Aguilar, which of whom was already a resident tattoo artist at the Anaheim location. This co-ownership had allowed Mi Familia Tattoo Studio to branch out to a larger audience in Southern California.

The stories of each and almost everyone one of these tattoo artists is one of passion and hardship. Art is an amazing outlet for pain and struggle and it’s appropriate that their craft reflects that. As someone who has personally “sat in the chair,” I understand the excitement and nervousness that comes with receiving a tattoo. It’s an extremely personal experience not just for the client but for the artist as well. As a client, you must have full confidence that your artist can and will deliver your vision and at the same time, having them still play with their certain style. It’s an intimate relationship that you will share.