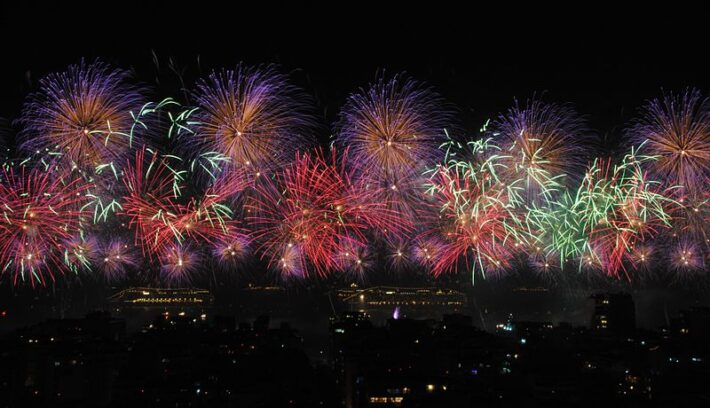 The 4th of July is significant to many Americans for different reasons. For some it may have the meaning in standing in solidarity with the land that they love, for others, the 4th of July promises a day of family gatherings with the reassurance of the smell of well-seasoned grilled meats, salads–mostly with the base of mayonnaise or Miracle Whip–beer, and of course good conversation and music.

In Southern California, the neighborhoods throughout this mecca of culture- and cities that allow the usage of legal fireworks- it is customary to see families gathering in the streets, where do you take night the night in celebration.

For others, it might weigh heavy on the heart history that America has not necessarily acknowledged; it has been a past that has been put in delay.

were there any person shares any of these bold ideas of America on what it has thought to stand for and what this nation really is the 4th of July is a day of togetherness, especially in Southern California where demographics blend; Just even for one night. From Santa Barbara to San Diego, here are some of the most drawn to and sought-after entertaining events for this holiday.

It is not to say that Southern Californians enjoy the burst of magnesium — the white light the local neighborhood sky–sometimes sitting waiting on their porch is waiting for the next sizzle that will riddle the air in a congratulatory beam for the 4th’s night moment, which creates a momentum for the night next street to set off theirs.

For those of you who seek a safe and well-planned 4th of July, here are a list of Southern California’s best local spots to hit; Whether it be family fun, adult based, or to get out of the house and watch America celebrate.

According to discoverlosangeles.com, “Legendary entertainers Steve Martin and Martin Short are headlining one of LA’s greatest summer traditions, the July 4th Fireworks Spectacular at the Hollywood Bowl. Taking place on three nights at the Bowl, the lineup includes Thomas Wilkins and the LA Phil performing a program of favorites; Jeff Babko, and The Steep Canyon Rangers.”

According to Mommy Poppins and MSN.com, “For the first time ever, Cinespia is taking over 4th of July weekend with three consecutive nights of movies and fireworks. Hungry? Stop by the grill on-site for some classic burgers and hot dogs. A bar offers ice cold beer and choice wine, and the concessions stand has all the sweets and snacks. After each cinematic classic, Cinespia will top the night off with a dazzling fireworks spectacular.

Bring a blanket, lawn chairs, or a picnic and stake out your spot in the cemetery.

Gates open at 7:15pm, but the movie doesn’t start until 9pm. Fireworks to follow.”

According to Mommy Poppins and MSN.com, “At the Pomona Fairplex, the 4th of July is celebrated as Unity Day, a day to honor and respect Americans from all walks of life. This year, the events begin with the unveiling of a brand new Harriet Tubman statue in Lincoln Park. Other events and attractions include a unity walk, the Fairplex Family Fun Zone, boxing matches (including celebrity boxing!), and live music. The night ends with a fireworks spectacular at 9pm.”

“This event also acts as a fundraiser in which the goal is to restore the landmark church and museum that was once known as the last stop on the underground railroad.”

“Unity Day begins in Lincoln Park with the unveiling of the Harriet Tubman statue. Participants can then march in the Unity Walk to the Pomona Fairplex (a 1.5 mile walk) for the rest of the day’s activities.”

According to cityofirvine.org, the city of Irvine in Orange County, California will be hosting a July 4th Spectacular: The Music of Queen.

According to pacificsymphony.com, “Salute the Fourth with the ultimate celebration of one of the greatest bands ever. You’ll enjoy a night filled with the classic hits of Queen performed as you’ve never heard them before. High-energy band and vocalists Windborne join Pacific Symphony to perform hits such as “Bohemian Rhapsody,” “We Are the Champions,” “Killer Queen,” “Crazy Little Thing Called Love,” “Another One Bites the Dust” and many more. A memorable evening complete with a sizzling Fourth of July fireworks show!”

According to SanDiego.org, the Port of San Diego’s Big Boom is, “Southern California’s Largest Fireworks Show!” The description according to the site claims that, “The Port of San Diego Big Bay Boom July 4th Fireworks Show is back, promising another spectacular display over San Diego Bay. Fireworks will be discharged simultaneously from barges placed strategically around the Bay off Shelter Island, Harbor Island, Embarcadero North, Seaport Village, Embarcadero South Marina Park and Coronado Ferry Landing. The impeccably choreographed display will last approximately 17 minutes.

According to the same site, it has given warning on high parking status stating, “Come to San Diego Bay for the fireworks – but try not to bring your car. Parking along San Diego Bay fills up quickly. Get there early and plan where to park. We strongly encourage you to use our transportation partners.

For further info on the event, you can find everything that you need to know at Bigbayboom.com.