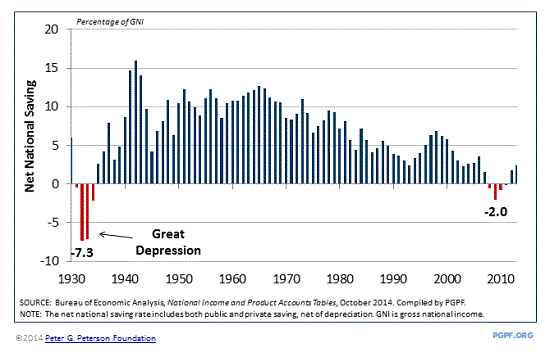 The rising asymmetry of rewards within our economy has many drivers.
We all know the middle class that actually owns capital and wields political influence is shrinking. As I noted last week in Redefining the Middle Class: It Isn’t What You Earn and Owe, It’s What You Own That Generates Income, defining the middle class by household income alone is a misleading metric, as it leaves out the critical factors of debt and ownership of productive assets.

A household may have an income of $150,000 and appear well-off by that metric, but if they are mired in debt and own virtually no productive assets or wealth that can be passed on to future generations, they aren’t middle class–they’re well-paid proletariats.
So what’s killing the middle class? If you read the dozens of articles on the decline of the middle class in the mainstream (corporate) media, you soon discover there’s a short list of the usual suspects:
1. Globalization / outsourcing
2. Technological changes / automation
3. “Winner take all” asymmetry in rewards for specialized skills
Clearly, each of these has squeezed the incomes of all those between the jobless poor and the wealthy reaping the lion’s share of the rewards from globalization and technological change.
A worker at a steel mill who earned $28/hour plus benefits could, with frugality and long-term planning, eventually own a home free and clear and acquire a nest-egg of assets.
When that worker’s job was outsourced, and his next job paid $9.25/hour, the opportunities to amass capital fell precipitously.
A middle-skill worker replaced by automation had the same life-changing experience if he didn’t acquire much higher level skills and move to a stronger job market–both difficult tasks with highly uncertain outcomes. (No wonder secure government jobs from which jobholders can’t be fired are so sought after.)
As economist Michael Spence explained, a key dynamic in globalization’s asymmetric rewards in pay and career stability is the tradability / non-tradability of output and labor: a bushel of grapes can be grown in another country, but you can’t outsource a haircut.
Grapes, computer chips, tech support, etc., can be grown, made or done elsewhere (outsourced) as they are tradable; hair cuts, most government services, being served a beer at a brewpub, etc. are non-tradable.
The rising asymmetry of rewards within our economy has many drivers. Studies by physicists suggest that the highly networked complexity of our economy generates wealth / income inequality by its very nature: Physics can predict wealth inequality:
Bejan’s Constructal Law addresses the fundamental principle of physics that underlies the evolution of flow systems as they change in design over time to increase flow access. It reveals that “branching tree-shaped” flow patterns govern the structure of the entire universe–most clearly evident within rivers, neural networks, lightning bolts, electrical circuitry and trees.
“The Constructal Law extends the power of physics over all of the phenomena of evolutionary design and organization, from geophysics to biology, technology, and social organization,” Bejan said.
“This unites economics and physics. The equivalence between wealth and movement is correct in the broadest sense: outliers exist and undoubtedly the equivalence is evolutionary because wealth and fuel use are increasing over time.”
What did they discover in terms of wealth inequality? Bejan and Errera show that nonuniform distribution of movement (wealth) becomes more accentuated as an economy becomes more developed–its flow architecture becomes more complex for the purpose of covering smaller and smaller interstices of the overall territory. “Relatively modest complexity is required for the nonuniformity in the distribution of movement (wealth) to be evident,” Bejan said.
In other words, only specific types of specialization garner most of the rewards.Specialization itself doesn’t necessarily lead to outsized gains; what matters is thetradability of the specialization and the supply and demand for that specialized set of skills.
As I repeatedly point out, just issuing 500,000 more graduate degrees in STEM (science, technology, engineering and math) doesn’t automatically create 500,000 new jobs; there has to be demand for those skills.
Skills that are non-tradable and scarce will command high compensation. Skills /credentials that are tradable and abundant are a dime a dozen–there is no pricing power to labor that’s abundant, tradable and interchangeable (i.e. a commodity).
In effect, outsourcing and automation are eating the soft center between the low/moderate-skilled workforce that can’t be outsourced (dog walkers, waiters, nannies, etc.) and the high-skilled technocrat class employed by the government, finance and corporations.
As software improves, automation can move higher up the employment food chain, turning non-tradable (i.e. can’t be outsourced) employment into commodity labor that can be augmented (partly replaced) by software/automation tools.
Self-driving vehicles are an example of this dynamic.
This displaces middle-skilled workers who find there is an abundance of other middle-skilled workers seeking high-paying jobs. This over-supply of middle-skilled workers creates a glut that pushes wages down. It’s just supply and demand.
All these factors are consequential, but they conveniently leave out the politically explosive dynamics that are enriching the political and financial elites (the few) at the expense of the middle class (the many). All these factors are politically neutral abstractions–they have been stripped of exploitive, parasitic, predatory political and financial dynamics.
For example, consider how we’ve substituted debt for income. Savings have crashed while consumer debt has soared. This is the core dynamic of debt-serfdom.

Was this substitution the result of automation and outsourcing? In Part 2, we’ll look at the politically explosive dynamics that are killing the middle class.
.
and  audiobook) For more,   essentials website.

Thank you, Isaac R. , generous subscription to this site —