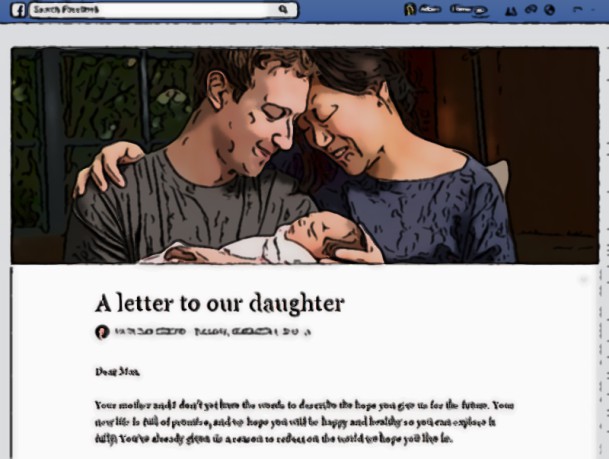 This quick post is about Mark Zuckerberg, Facebook and giving back, but it begins and ends in my local dining spot.
I am a regular at a restaurant across the street from my apartment. It is my Cheers and I am its “Norm!”.
I was with a guest for dinner two nights ago. I try to keep my dinners enjoyable and social so its sum was a ‘social/business’ dinner.
Sometime after the Risotto the guest says “What do you think about that Zuckerberg craziness…. I think it’s a tax dodge…tax dodge…PR…not generosity”
I didn’t say anything.
If the person had been asking, rather than telling, I would have attempted a correction. Explaining how (to me) the measure of a person is what they give back and how remarkable I think Zuckerberg is for building the infrastructure, capacity and intellectual resources that will permit his wealth to be charitably utilized, evaluated and measured. I would have commented that Zuckerberg is committed to spending an amount that is unimaginable to me, 45 billion real, actual, not theoretical or ‘what if’ dollars. And, he is not even 35 years old.
I would have explained that if Mark Zuckerberg wanted to lessen his tax load there are many more clever and not publicly visible mechanisms he could have chosen. But instead Mark decided to lead by example and to hold himself forever accountable.
I also would have explained that Mark Zuckerberg was unfairly criticized for giving $100 million to New Jersey for school improvements and reform and unfortunately that money was not optimally used. That is a learning curve and adjustments are made.
This person was not interested in an alternative narrative. They wanted to unmask an illuminati. They cannot distinguish between Facebook and its founder. A business and a human. So, they talked and I sipped coffee.
I certainly don’t mind hearing criticism of Zuckerberg and I am happy to discuss, that requires discourse. This person was so determined to convince me of something wicked that I was not willing to engage. Immovable objects should avoid an irresistible force.
At the end of dinner I offered to pay. They insisted that i shouldn’t. They paid. On the back of the receipt ($165) they wrote my name. The dinner guest looked at me and smiled. “Business Dinner with Adam Townsend”
I would have paid for both of us, or my half. I dont want any part of your “tax dodge” #Jerk
Lastly, if you are looking for a more articulate explanation of the structure that Mark Zuckerberg has used, it’s taxable implications and a defense of the character of Mark, I strongly suggest this post from Felix Salmon  in the excellent publication Fusion Mark Zuckerberg wants to change the world, again. You got a problem with that?