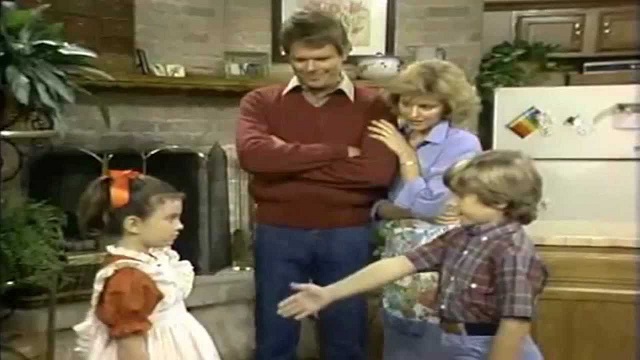 Terminator Genisys is a horrible movie.
I was lured into seeing it with the promise of popcorn and cinematic adventure, an obligation only partially satisfied.
Wait until this movie is on TV, whenever that happens, and then miss it again. Maybe on that day you should go out with friends and get a drink or play some scrabble with the little ones.
The movie is so bad that it has destroyed the franchise. There is only one solution.
A terminator must go back in time and destroy the source material, a Small Wonder.
Small Wonder is an American science fictionsitcom that aired in first-run syndication from September 7, 1985 to May 20, 1989. The show chronicles the family of a robotics engineer who secretly creates a robot modeled after a human girl, then tries to pass it off as their adopted daughter. – Wikipedia entry
I enjoyed this TV show and it will be a shame to see it wiped out and removed from memory.
It never will have happened.
I used to watch the show with my son. It was simple, unchallenging and bizarrely enjoyable. She had incredible strength, something she only used as a last resort to stop evil or to amuse the audience. She was super-smart but not forceeful, she didnt try and make us humans feel inferior.
She wanted to be one of us but didn’t understand us.
We instinctively know her, she is the forever child. A robotic child. We embraced her but she could only try to mimic our behavior. She knew love but she couldn’t love.
Goodbye V.I.C.I (a Voice Input Child Identicant. We called her Vicki.)
Farewell. We hardly knew you and now we never will.