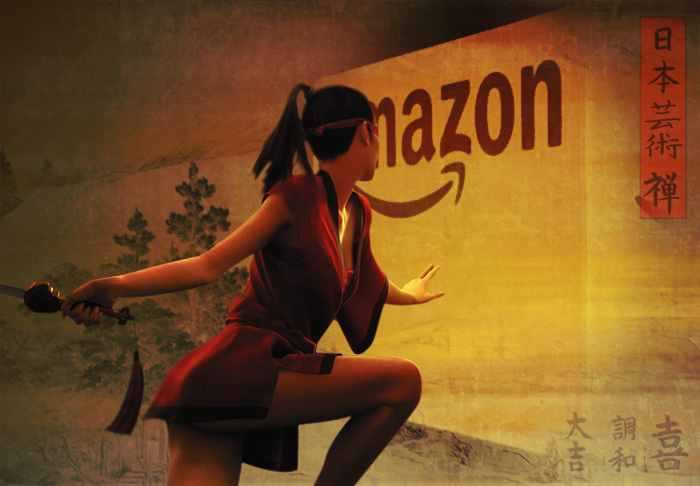 Amazon is fighting hard to keep its competitive tax advantage by making sure it doesn’t have to collect tax on its marketplace sales. Estimates are that at least half of Amazon’s sales come from the marketplace.

Unfortunately, almost all of the states appear to be enabling Amazon’s tax collection avoidance strategy, despite the fact that it is driving their own local retail businesses out of business, and also depriving their citizens of much needed tax revenue.
Mayors, governors, controllers, local political bureaucrat and activists in some of our bigger states and cities have spayed and neutered themselves because they want the carrot to stay dangling of a new local Amazon HQ, and because they are afraid Amazon might cease operations in their state. Nobody wants that headline
Regardless of the excuse, under every state’s law, Amazon is the one responsible for collecting the tax, and states could be collecting, not 40% or 50%, but 100% of the tax they are entitled to from Amazon’s sales. Telling Amazon to collect the tax is about as straightforward under state law as asking Walmart, Target or Best Buy to collect the tax on the sales in their stores. This should not be political.
South Carolina, is the only state suing Amazon to collect the tax, which led to the famous Trump Tweet. They are the only state willing to enforce their law.
States are persecuting hundreds of thousands of mom and pop businesses: By choosing not to collect the tax from Amazon, states have decided to, instead, go after the 3p sellers, most of which are small businesses, and all of whom are Amazon’s suppliers, and not the retailers responsible for collecting the tax.
The states believe each of these small businesses should file a massive amount of tax returns, at a compliance cost (tax form preparation cost) which could easily exceed $50K-$100k. The states believe these small businesses should file as many tax returns as Target. This compliance burden alone would drive most domestic sellers out of business.
Despite the states’ preference to place a major compliance burden on hundreds of thousands of small businesses, rather than simply Amazon, it’s actually an unconstitutional violation of the commerce clause of the United States Constitution.
Mom and pop sellers are being audited by states, especially Washington and California. At the same time, an organization called the Multistate Tax Commission is offering an “Amnesty” to these sellers, on behalf of 25 states.
Essentially, these “Amnesty” states are falsely accusing sellers of civil tax evasion, but offering them a chance to come clean if they comply. The message the sellers are getting is, if you don’t comply we’ll hunt you down. It’s a fairly reasonable interpretation for the sellers, when you have Massachusetts suing Amazon for individual seller lists.
Many of these sellers can’t afford a legal defense, multistate tax experts, are expensive, and usually reserved for large corporate taxpayers with significant presence throughout the United States.
The fact that states are unwilling to close the Amazon competitive advantage is also problematic for local businesses. By choosing not to collect the tax, the states are ensuring that these local retailers will have to continue to compete against Amazon at a competitive disadvantage. Ultimately, the retailers will lose, as they have been for many years, which is what has caused the uptick in so-called “Zombie Malls” in every state.
The individual seller tax compliance enforcement approach is Amazon’s preferred strategy over collecting the tax because it ensures that there will be tax-free product available on Amazon for years to come.
While individual seller enforcement will result in very few sellers actually complying, even if every US seller suddenly did comply, there is a growing threat of foreign sellers shipping direct from China with no US presence, which makes it impossible for the states to enforce the tax law. Simply put, individual seller enforcement will simply enable sellers from countries like China to sell into the U.S. at a tax advantage over domestic businesses.
At a time when states are digging deep to give Amazon everything it wants to plant a piece of its operations in their state, the reality is that the biggest tax incentive is being given to Amazon, right now, by every state but South Carolina.
Allowing Amazon to forgo its tax collection responsibility and depriving citizens of desperately needed sales tax revenue should not be a decision that states should be allowed to make at their discretion, especially when such discretion has a destructive business on the state economy.
ht + snatch to Ecommerce Chris