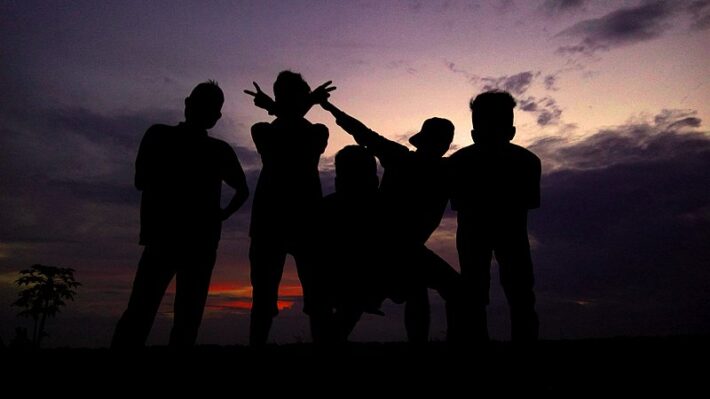 As I think back to the first time that I left my family home for college, it was a strange and new feeling.

Moving from my hometown of Ventura, Californa to Cal Poly Humboldt [CPH] in Northern California, was something I had dreamed during my days at community college. The books I’ve read, where they romanced, about the redwoods and the beauty of the lost coast kept repeating in my head.

When I tell people I go to CPH, the first thing they say is, “You went up there for the weed, right?” This assumption was that the case. I was drawn to the university because of its journalism program. Funny enough because I was not a journalist and had no prior expierence in the field until I got to CPH.

In 2021, after the first week of settling into my apartment, I broke down and cried because of how alone I was. Keep in mind that this was when the university was still conducting classes via Zoom due to the COVID-19 pademic so I was not allowed to physically be in a true classroom setting. It diddn’t help that I knew nobody. No friends, no family. The fact that I was extremely antisocial didn’t help either. Anyone who would attempt to talk to me, I would akwaradly just say a few words until they would ditch me. This was not the romanticized idea that I had pictured in my head.

My first taste of cerebral freedom was when I got a taste of actively working as a photographer for the Justice for Josiah run. There I got to know the community a bit more and what had happened to David Josiah Lawson in 2017 who was a CPH student at the time and was murdered at a party. The murder was found to be racially motivated and the case was fumbled by local law enforcement.

Although the community came together for an unfortunate event, it allowed me to be a part of my new neighborhood. This slowly placed my grounding into a different type of comfort zone on my now “home” campus.

My return to Ventura was different.

I was a stranger in the house I had grown up in. The familiarity that I once had in the city of Ventura was no longer there.

I left my home to come to a house.

I would wander to the downtown area late at night and get drunk drinking coffee liquor. I would then walk to my house and pass out on my bed. I was trying to get the feeling of home back but after a few nights, nothing made any changes to my perception.

Seeing old friends after six months of being away and seeing a change in them–or no change at all–made me question if moving 628 miles away from the people I once felt like I knew, had been the right decision. Even more so, if I was headed in the direction I wanted to go.

After returning to the fall 2021 semester, I started working as a reporter for CPH’s bilingual newspaper, El Leñador, which is Humboldt County’s only bilingual newspaper. It was at this publication where I had learned to truly break away from my antisocial self and communicate well with others. I started to find a new found sense of family and I had a clear sight of what see I wanted to do after college. The community that is El Leñador has ignited the replacement idea of what home is to me.

Home isn’t defined by a physical place but the people that surround you on your endevours. The amount of support–especially the comradary that I found with my staff–allowed me to grow. Gorw out of my child home and into the new one of which I call CHP. That is my home.