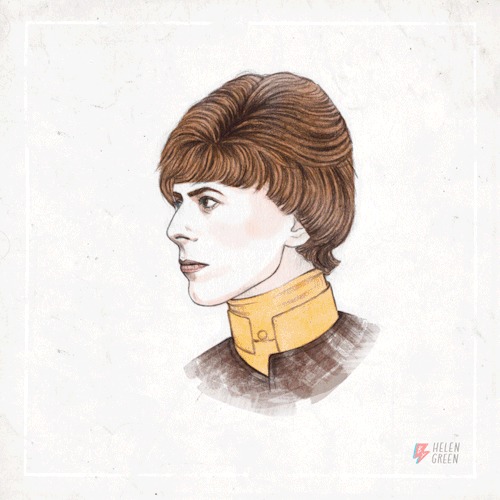 I grew up with David Bowie. When I was a kid he was Ziggy Stardust. Then when I was a little older he became the Thin White Duke. Then he was the Man Who Fell to Earth. I became older and he became something new.
When I worked on Wall Street he was recovering from overspending and a cocaine addiction that depleted his finances. His future was bright but his present was cash poor. He sold ‘Bowie Bonds’, they were the first of their kind. It was payment to him in anticipation of future earnings revenues. The bonds were a huge success.
He became an ISP (Internet Service Provider) with Bowie.net. He was the first person that I remember who was willing to distribute their music on the internet.
And he kept on becoming something new, again and again.
This gif covers all the periods of his adult life. Bowie ‘becomes’ a different person. He tore down what was there and built something new.

David Bowie disrupted.
Because he could. Because he wasn’t afraid. Becuase he was.
Invented. Reinvented. Disrupted. Loved
RIP David Bowie