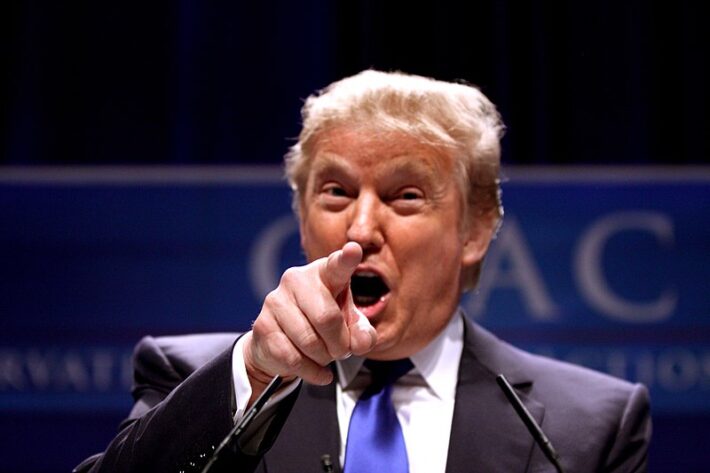 Living in America, we as Americans expect our country’s leaders (hopefully), to take on the job with professionalism, strength, pride and, above all, common sense. This was the complete opposite that the specific countenance from the Trump administration’s logicality came from. Or more so, lack of logicality. For the majority of the American public, we wanted to banish the tyranny that was being held over the head of America. Remember the lies? Remember the racist speech that was being spoken on loud speakers to crowds of pitch-forking, red-cap wearing, unintelligent fools? Speech that was broadcasted on FOX T.V. and preached in white evangelist churches? Oh and, let’s not forget the denial that the COVID-19 pandemic was all a hoax.

The movie “Don’t Look Up”, highlights the foolishness of not only the Trump administration, but the sheep mentality of the American people. It’s a direct hit to what has been happening and what can and will happen if we “don’t look up.” Like ostriches, many people have kept their head in the sand when it comes to the harsh reality that we, humans, have taken advantage of our planet and not of our minds. We have been shown to do great things. Invent products that save lives and kill them as well. The NRA would probably say that “it” is machinery at its finest.

What is it that we, Americans, and the world as a whole, have to do to “look up?”

The movie “Don’t Look Up” used a different platform that directly parallels to the pandemic; relative to our real situation that has been drawn out for the past two years. Instead of a mutating virus, a meteor that measures between 5-10 kilometers is hurdling toward us, with the promise of direct impact. Racing toward with the promise of total extinction.

The character and leading role, Dr. Randall Mindy (Leonardo DiCaprio), is arguably the personification of the frustration that has been felt by the intelligent Dr. Fauci, Chief Medical Advisor to the President of the United States. A scene in the movie properly depicts the ignorance that the Trump administration showed during the beginning of the pandemic. The mimicry of this scene is in direct correlation to the response of the Trump Administration to the COVID-19 and the effort in trying to debunk the scientific fact that this was indeed, a global emergency. Dr. Mindy is screaming–red in the face–to Madame President (Meryl Streep), about the severity of the situation.

She laughs it off.

Jeopardizing her position because of mass fear is not something that she is willing to do. A narcissism that withholds her from saving even her own skin. Madam President IS Mr. Trump. A dimwit, easily influenced by lobbyist and complete with an even more inane staff.

Let’s look into the interest of the Republican Party and how it is represented in “Don’t Look Up“. The movie did a spectacular job with the mobs of red-hat wearing, lower-middle class Americans which undeniably showed what the real pursuance was. It’s not hard, PERSONAL INTEREST.  “Don’t Look Up” is a variant of our non-fictional history; and it sure ain’t “Life, Liberty and the Pursuit of Happiness.” The flow of money, power and greed has consumed America. The misleading slogan “Don’t Look Up” in the movie was an adjacent bash at “Make America Great Again”. Both slogans were eaten up like slop in a pig’s troth.

The neglect of the Trump administration toward America during his four years of reign was one of many faults. As of now, there have been 882,000 deaths in America alone and 5.62 million deaths worldwide and the numbers grow every day. Just like in “Don’t Look Up“, maybe with a faster response time instead of wasting it arguing against facts, less tears would have been shed and less coffins to be built.

With all this said, where do we find the clarity in what has happened? Yes, another president has been elected and there might be a glimmer of hope, but, in the long run, can we really repair such a faulted system that refused to acknowledge all wrong doings? “Don’t Look Up” showed exactly what will happen, the eminent demise of something that was, us.

It’s a scary thought. It freaks the “eff” out of me. I want to believe in my fellow man but with all the history that has been, it’s hard to have the 100% belief that we will completely get out of this alive. The expectation of not just mental intelligence, but emotional intelligence–highlighting empathy–goes a long way. The human race rises and falls with every pivotal action that we decide. Our demise will be subsequent to our actions and the allowance of manipulation rooted in ignorance. The hard truth is that America has never been great. So, look up.