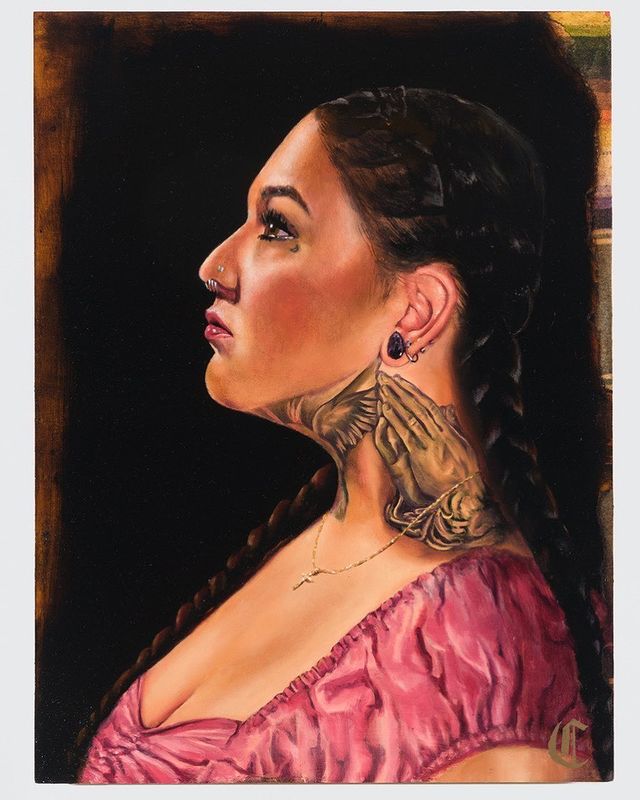 Danie Cansino has been a prolific artist in the Los Angeles scene professionally by staying true to her roots. She is a recent graduate of the prestigious USC Roski School. Her first solo show will be featured by the Charlie James Gallery located at 969 Chung King Road Los Angeles, California 90012. Her opening debut will take place on Feb. 19, 6-9 P.M.

Living and working in her hometown, L.A., her work focuses on issues of systemic oppression; exploring the navigation of resources in her community. Through the use of various mediums such as oil
paint, cardboard and lined paper; her art points to the access of material, and collapses the divide between low and high art, which poses questions on what is considered worthy of representation. Having been trained in European-centric classical painting techniques, she frequently executes paintings in the style of Baroque Tenebrism. Her collection titled “I’m Starting to Forget” is a love letter of culture, and remembrance of the suffrage of Chicano and Latinx peoples living in Los Angeles. It points to the holes in her history and how her family has little documentation. Her familia–along with other Chicanos in Los Angeles–have constantly been moved and up-rooted in a city that we represent. The only documentation that we–millennials–have, is through old photos of what was, and our current experiences. “I’m Starting to Forget” is an acknowledgement that the indoctrinated patriarchy in her culture, of which our women have had to endure throughout history, is beginning to become forgotten. As she looks around, the most powerful people in her life are women. We love, we lose, we change. Although the past that we have ventured through has been one of many obstacles, these works celebrate the direction in which we are
headed.

Danie Cansino has been recognized for her work previously in the Los Angeles Journal.