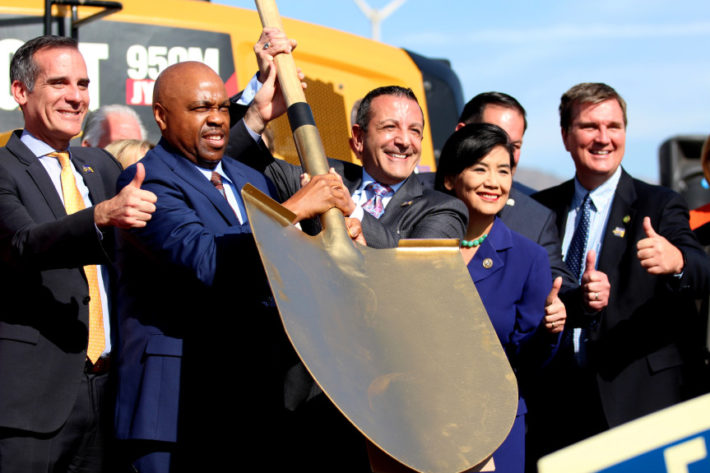 You have to hand it to government bureaucrats: They’re good at what they do.

Government bureaucrats know how to protect their jobs and their budgets. True professionals, they can defeat the plans of any elected official and survive unscathed. Consider the Los Angeles Metropolitan Transportation Authority, better known as Metro, which has just unveiled a proposal for “congestion pricing” of freeway driving.

Congestion pricing is another idea imported from European capitals that bear no resemblance to Southern California. It calls for drivers to be charged a fee for using the freeways during peak hours.

The plan proposed by Metro CEO Phil Washington would require every car to have a tracking device installed to monitor where it is and how far it’s driven. Motorists would be charged for driving the 101, 5, 10 and 60 freeways during peak hours.

Congestion pricing is just one of Metro’s suggestions for dealing with a $26 billion “deficit.”

How in the world, you may be wondering, could Metro have a deficit when L.A. County has had four permanent sales tax increases of one-half  percent each since 1980, all of the money for Metro? And then there’s the money that Metro is receiving from Senate Bill 1, the 2017 tax increase on gasoline, diesel and vehicle registration. “SB1 funding is helping Metro deliver Measure M projects,” a Metro fact sheet cheerfully reports, listing future improvements to the Gold Line, the Orange Line, the Green Line and an assortment of other “solutions.”

The answer is that in January, the Metro board voted to “accelerate” some Measure M transit projects to have them completed before the Olympic Games come to Southern California. They called it “28 by 2028.” In September, the board voted to direct Metro’s CEO to come up with a funding plan.

Measure M is the most recent of the four sales-tax increases. It promised something for every area of the county, although not at the same time. Some projects are scheduled so far in the future that they’re bordering on science fiction.

Then Los Angeles “won” the 2028 Olympic Games. That gave a boost to everything on the wish list of every local government official; Just add “because the Olympics” to the funding request and wait for the magic to happen.

Twenty of the projects are already scheduled to be completed by 2028. The not-so-fast projects are listed as the 105 ExpressLanes, the 710 South “early action”, the 57/60 Interchange, the 405 South Bay Curve, the Sepulveda Transit Corridor, the Gold Line Eastside, the West Santa Ana  Branch and the South Bay Light Rail Extension.

Metro’s presentation to the board anticipated that the officials might want to make cuts in Metro’s own budget to fund the 28 by 2028 initiative. “There are items that staff believes are sacred and should not be deferred in order to accelerate the eight projects,” the bureaucrats wrote.

The staff listed “state of good repair” spending as something that shouldn’t be cut. They’d also like to keep the budgeted funds for the NextGen Bus Plan, a high-tech name for an effort to improve falling ridership by matching bus routes with the places people want to go. Instead of cuts, Metro suggested new fees on ride-share services, asking the federal government for money, asking the state government for money and borrowing more from Wall Street.

Metro’s CEO also suggested selling the naming rights to transit stations, postponing the purchase of new electric buses and canceling Metro’s bike-share program. But local government officials don’t want to do any of those things.

And you know they don’t want to tell voters that they will have to put a tracking device on their cars and start paying fees to use the freeways “because the Olympics.” That likely means no one will ever again ask Metro to finish those eight projects by 2028. These guys are good.