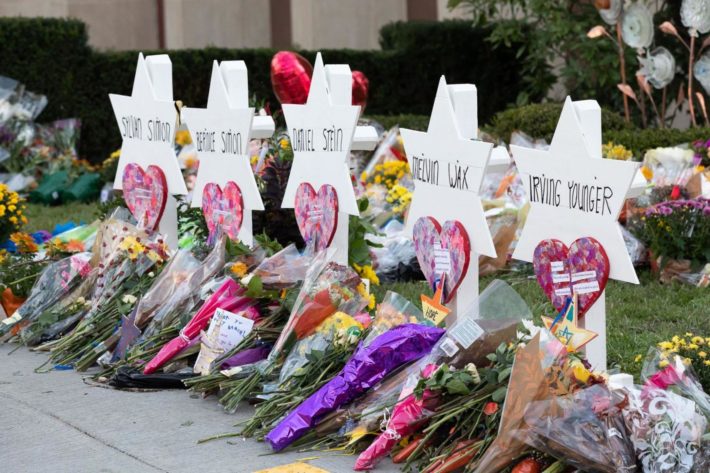 This past August, the infamous Holocaust denier, Ursula Haverbeck, was sentenced to two and a half years in prison for her insistent anti-Semitic ideals and public Holocaust denial. Anti-Semitism and Holocaust denial, the German courted ruled, do not fall under their law of free speech, as detailed in The Telegraph. Recently, President Donald Trump proclaimed that “Jews today continue to face many different forms of violence, hatred, and bigotry around the globe” in his Hanukkah message this past Sunday, Dec. 2 as released on the official White House government website. In his speech to the country, he addressed a growing problem in the world — an increase in anti-Semitism. This is a problem that even our president can’t ignore. In spite of this, his previous actions have only served to exacerbate the issue.

Anti-Semitism is defined as hostility or discrimination against Jews according to the Merriam Webster dictionary. For centuries, varying political groups have had anti-Semitism at the core of their beliefs. Anti-Semitics believe Jews to be a “separate and dangerous ‘race'” as The Holocaust Encyclopedia describes. During the Holocaust, nearly six million Jewish men, women and children were killed by the Nazis. The Holocaust Encyclopedia cites the beginnings of anti-Semitism having roots in the Middle Ages, when legislation was enacted in Europe to segregate Jews from the rest of population and prohibit them from owning land. Anti-Semitism is a racist and hateful belief that refuses to fade into the shameful framework of the past.

Previous to his Hanukkah message, President Donald Trump has demonstrated a hesitance to condemn anti-Semites through various previous actions. Dr. Margarete Feinstein, a lecturer in the Jewish Studies Program of BCLA, detailed President Trump’s hesitance to condemn anti-Semitism, stating that “There are white supremacists who have supported the President. It appears that in order not to alienate them, the President has chosen to downplay events in Charlottesville and elsewhere,” Feinstein said. In addition, she cited that President Trump’s reluctance to lose this supporter base began when he “accepted the endorsement of the former KKK Grand Wizard David Duke,” an action that Dr. Feinstein describes as evidence of his admission and tolerance of anti-Semites.

Anti-Semitism is, at its most basic form, the hatred of people believed to be dangerous. It’s a centuries-old tradition, one that each generation sees a rise of, and hopes to see the fall of. Unfortunately, anti-Semites still hold a strong grasp on our society today. As expert Dr. Margarete Feinstein puts it, anti-Semites “are opposed to what they think Jews represent, whether it’s communism, capitalism, liberalism, or anything else.” On Oct. 21st, Robert Bowers opened fire on the Tree of Life Congregation in Pittsburgh, Pa. In just 20 minutes he had killed 11 worshipers, injured two more, as well as four police officers, as USA Todayreports. He is being charged with 11 hate-crime penalties, and more charges relating to using and carrying a firearm. Prosecutors in the case are seeking the death penalty.

Where does that leave us? We must recognize that anti-Semitism did not end with World War II, or with the liberation of the Nazi death camps. Anti-Semitism is alive, well, and posing a serious issue in a country founded on religious freedom. We cannot stand idly by as innocent people are targeted at an alarming rate because of their religious or ethnic background. As white nationalism and the neo-Nazi movements are making more and more headlines, it is our duty to never forget that anti-Semitism cannot pose as a political belief. KATV Little Rock reported that on Nov, 10, the largest neo-Nazi group in the U.S., the National Socialist Movement, held a rally in Little Rock, Ark., to bring awareness to white genocide in South Africa and proclaim their belief in white rights. Their rally serves as an example of the ancient hatred and fear of outside groups still being relevant today. This party sees Jewish people as entirely different from themselves and, akin to Hitler’s preaching, they see the Jews as preventing them from achieving greatness and prosperity.

Neo-Nazi groups are not the only groups responsible for holding anti-Semitism as a political ideal. Dr. Feinstein describes modern governments of Eastern Europe as guilty of espousing anti-Semitic beliefs. Specifically in Hungary, she describes how political officials use anti-Semitism as a tactic “to channel popular anger over economic conditions and over perceived threats to a traditional way of life.” Though to Americans this threat seems distant, Feinstein also insists that the issue is much closer to home than we may think. “American anti-Semitism exists on the political right and on the political left …[You can] hear antisemitism in progressive Democratic circles in attacks on capitalism and in attacks on imperialist oppressors,” Feinstein said. “Anti-Semites blame Jews for corrupt Wall Street practices, for international trade that disadvantages American workers or companies, [and] for migration.”

By capitalizing on the public’s susceptibility to anti-Semitism, political leaders, including those that have outwardly expressed the need to eliminate all forms of hatred and bigotry, only further ingrain anti-Semitism into the framework of society. Leaders of all political affiliations and of varying nations have used anti-Semitic ideas and stances to increase support in their movement or to rally regions together. We cannot allow for this propaganda to continue into the next millennium. The fight for love and for equality must recognize the issue of anti-Semitism. We cannot allow for “change” to discriminate certain causes for others. I think it’s about time we addressed it and extinguished the fire fueled by global and national politics.

I commend President Trump for acknowledging in his Hanukkah message the troubling rise of anti-Semitism. However, his actions have failed to truly condemn the issue that he has acknowledged exists. In the fight for equality, we cannot fail to address anti-Semitism — the hatred posing as a political stance.

This is the opinion of Rebecca Singleton, a freshman chemistry major from Palmdale, California. Tweet comments to @LALoyolan email comments to jlee@theloyolan.com.