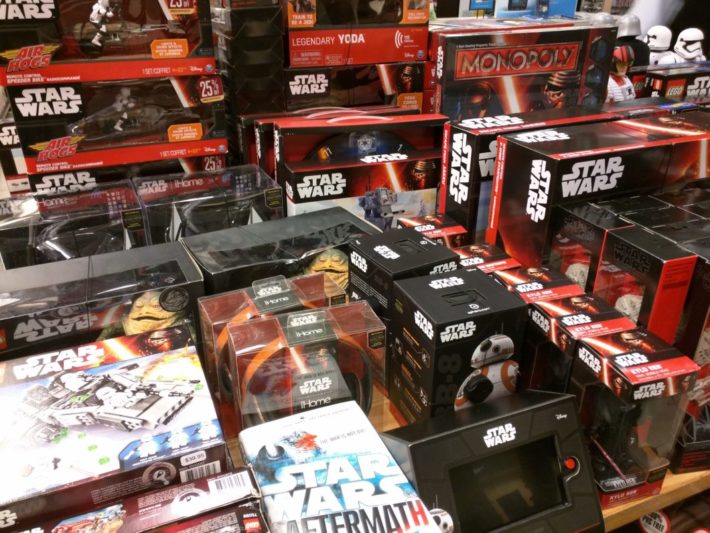 Big warning that this may have spoilers of Star Wars the Force Awakens.
Please only read on if you can’t wait on the long lines on a cold day…
I haven’t seen Star Wars The Force Awakens yet. But I have seen its beginning, middle and its end. I have seen the action sequences and its characters. I know the plot and can guess enough of the dialogue so that I can already feel the warmth and humor of it’s witty, and at times deeply emotional, dialogue.
There maybe a few boring minutes that are the filler and will allow me to eat my pocorn uninterupted and pee some diet coke.
When I do see the movie on a big ass movie screen I might have deja vu. If i expect to have deja vu then by definition it can’t be that. So I might have deja vu but I also may not. But if I do have deja vu I do expect to be bewildered.
I haven’t seen the movie but I have seen all the toys and endless paraphernalia.
If you don’t, or can’t, spring the fifteen dollars a ticket, plus junk food and maybe parking and a meal after, curl up in a good store and read the merchandise.
You won’t be missing a thing, in fact you will be a little but richer, and you’ll get to know the characters intimately. You’ll be able to converse like a pro with any diehard, Star Wars afficionado.
“How mysterious is that Captain Plasma, weird huh? Maybe they’ll do another movie about him I would love to learn more!”
“Isn’t the Rebel Inquisitor cute?”
“Man oh man, that AT-AT walker is immense. its like a planet Hummer”
“Oh toodles, would I like to have myself a Kylo Ren extendable light saber (regular or deluxe version) and battle people in the train”
“I am not afraid of stupid first order stormstroopers, are you?”
“That Poe Damon can sure fly, wow!”
“I bet that Chewbacca/General Leia Organa is great in bed!”
“Supreme Leader Snoke scares me, I would walk on the other side of the street if he were coming”
“General Hux is Freakin power hungry, right?”
“Wouldn’t it be nice if you had your own millenium falcon to tour the galaxy in?”
“Ha Ha (said when parting ways and saying goodbye) Remember, if you vist the desert planet, make sure you are wearing your desert mission armor and not the snow mission armor”