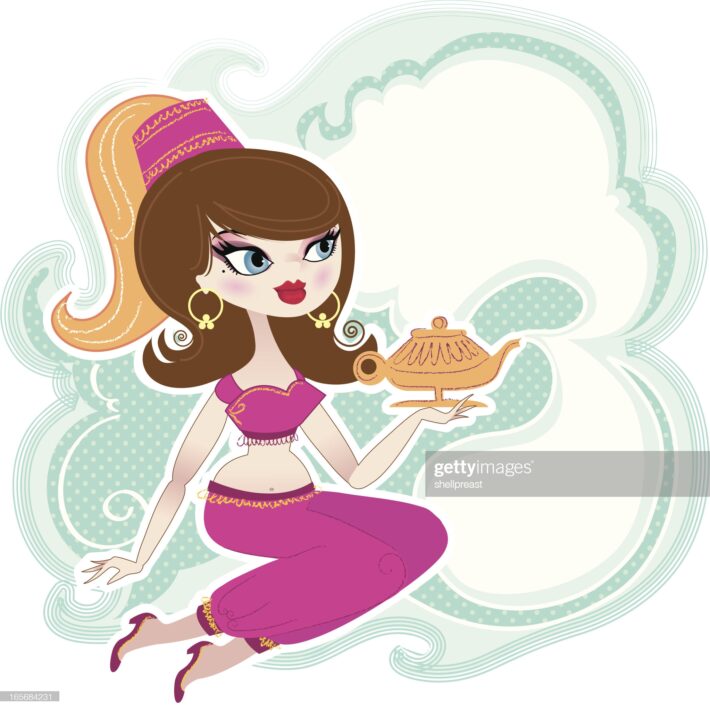 A new twist to the ‘3 wishes from a genie’ classic

I happened to be with a genie the other day and after the usual exchange, it got to the point.

“So, what are your three wishes?”

I didn’t have to think very hard because I’d long been hoping and praying for just this exact opportunity. And learning from silly mistakes others had made, I told the genie it had to repeat each wish back to me – word for word – and I’d have to confirm everything was accurate before the magic was performed.

The bemused genie agreed, but I wasn’t too worried about whatever sneaky catch or proviso that may come because I had a clear plan.

“For my first wish, I want my wife to be able to better manage the insecurities which had plagued her all this while. She should be able to overcome the internal pains and learn to let go, be able to laugh at herself and with others so that she becomes a joy to be with. I don’t want her changed too much, so let’s say my wish is for you to reduce her insecurities to about a third of what she’s suffering from right now.”

Seeing the genie nod, I proceeded with the next.

“My second wish is for my son to be less of the lazy dullard he is now and will start showing lots more initiative. He should become the pride and joy of the family, welcomed by everyone and always ready to help anyone in need.”

At this, a frown appeared on the genie’s face – but I continued.

“My daughter is ambitious and I wish for her to be very successful at whatever she seeks out to achieve, spreading happiness wherever she goes and getting lots of love in return.”

By now, the genie wasn’t smiling anymore – and I sensed whatever duplicitous aims it had in mind for me were being thwarted, exactly as I’d intended. But its response still surprised me.

“I can’t grant any of these wishes.”

“Why not?” I asked, worried I’d now outsmarted even myself.

“Because none of these wishes are for you personally.”

The genie refused to explain further despite all my cajoling and I soon realised it was in distress because I refused to change my wishes. It took me a while to finally figure out why.

“Are you stuck with me until you can grant my wishes?”

“What if I wish for you to be freed of this geis and get to live the rest of you life unfettered?”

The genie shook its head. “The wishes have to be for you personally.”

I looked long and hard at the genie, beginning to feel some pity. It stayed dejected while I took some time to think of how best to seize the opportunity and not get tricked.

When all the pieces came together, I said: “Here’s my wish – to have the ability to influence, guide and ensure what I had earlier wished for my family members to come true and more. I want them to have happy, healthy, fruitful lives – bringing joy to countless others. And I want to continue having this ability to aid every single living being who needs help to make their lives better.”

The genie looked strangely at me as it repeated back my words and nodded to grant the wish once I confirmed. “What about the next two wishes?”

I smiled. “Remind me once the first wish is fully completed.”

And that’s how I happily found myself still bringing joy to strangers over 5,000 years later, having travelled the world many times over. After my family had passed on, the genie revealed it was actually female and we expect to be the only couple left when the end of times arrive.

Francis Nantha’s novel When Spirits Beckon can be found at Amazon.com