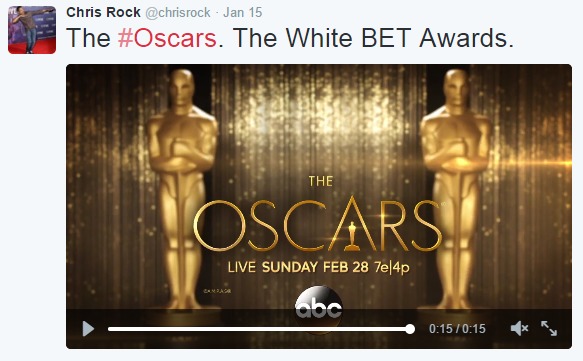 I don’t know what the criteria is for selecting the the nominees for the Academy Awards. I don’t know how the list is then filtered and sorted and one winner from each category is finally selected.
The Academy Awards have always been a magician forcing a volunteer to pick a marked card. Hollywood is always selling something, a lifestyle, a way to perceive something, a reality.
Jennifer Lawrence has been nominated again. Is she a great actress? According to the Academy Awards she is one of the best ever, but according to me, the movie consumer, she is just a likeable character. In every movie she is the same person but with a different hairstyle and clothes. She is not the Bush Era Christian girl and she is not the 80’s sexual challenger. She is the unoffensive, sweet, quiet, strong, white girl persona.
This is another year that Hollywood has deliberately neglected ‘Black’. Brooklyn was a ‘white’ fairytale and it gets a nomination. Straight outta Compton was a ‘black’ fairytale and it is shunned.
Hollywood has only three folders for ‘black’: Victim. Victimizer. Athlete.
The folder that once held Sidney Poitier and movies like In The Heat Of The Night and To Sir With Love has been lost.
I don’t know if there is a clinical criteria for racism. Just like I don’t know if there is a clinical criteria for nominating a movie, or its performers. Its an artform and not a science.
So, why no nominations this year?