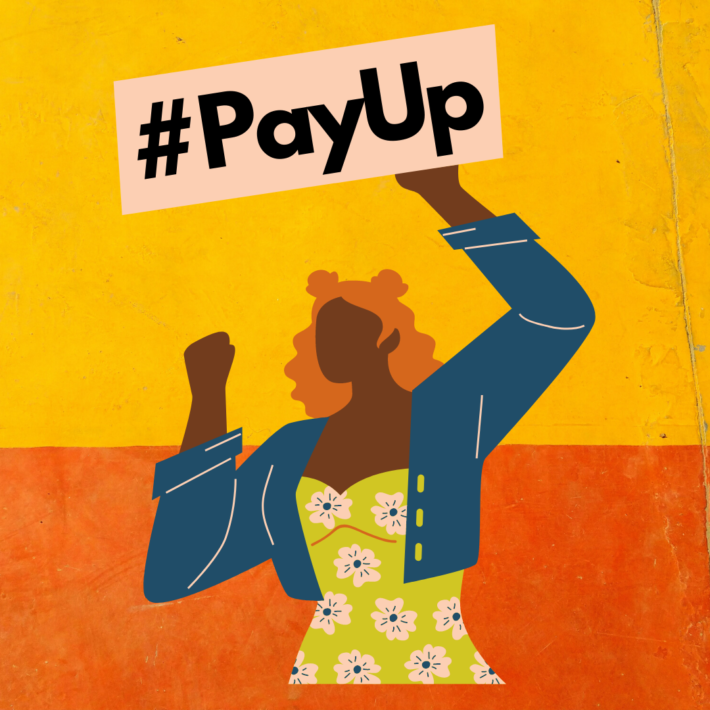 The year 2020 is considered to be a curse upon humankind as it brought with it the appalling Corona virus and the open murder of George Floyd. These two topics have shaken up various social media platforms since their emergence and the masses including celebrities and world renowned brands; have put up posts and stories on their profiles creating social awareness regarding them. While some of them requested people to wear masks and stop the spread of this hideous virus, the rest stood up for the black community, strongly supporting the ‘Black Lives Matter’ protest.

However, the revelation of the ‘Pay Up’ movement has unmasked quite a few celebrities and fashion brands who have been spreading awareness about the pandemic and faking benevolence. On June 11, 2020, Remake, a nonprofit organization, posted an image containing the names of global brands on its Instagram handle accusing them of not paying their workers for their work done prior to the global lock down period. About 20+ apparel companies were charged of this social offence. The accused global multinationals are Walmart, Levi’s, Primark, Fashion Nova and GAP, to name a few. The eruption of this post had flared up Instagram as tons of people around the globe shared it on their stories with the hashtag #PayUp. This post had gained 14,103 likes while 100,287 people (as of June 25) had signed the ‘Pay Up Petition’. 16 brands had promised to make their due payments of worth $7.5 billion for unpaid global orders.

While some of the brands were ready to repent for their mistake, fashion icons and billionaires, namely Kylie Jenner, Kendall Jenner and Cardi B refused to pay their dues. The famous ‘Kendall + Kylie’ clothing line condemned the charges put up against it due to which both the Jenner sisters are receiving mass hatred and are being mercilessly trolled on social media.

This heated topic has appeared in Bangladeshi news platforms like bdnews24.com and Dhaka Tribune. Bangladesh is an emerging economy and the second largest ready-made garment exporter in the world where roughly 3.6 million out of the 150 million people living in the country are garment workers. The legal minimum wage of this sector amounts to BDT 8000 (as of Jan 2019) which is too low for the workers to maintain a warm and balanced lifestyle. Thus, the cancellation of payments of the Bangladeshi garment workers by Kylie Jenner who has a net worth of $1 billion, has led most of them to face several hardships and has deprived them of the basic necessities of life.

The youngest yet affluent member of the Kardashian-Jenner clan responded to this controversy by stating that there was a fall in sales of their clothing line due to the pandemic which resulted in this cruel action. The conduct of this famous celebrity did not go down well as she lost over 2 million followers on Instagram.

The hashtag #PayUp movement is still trending on Instagram and has successfully created an alarming impact on the brands and celebrities who have not yet paid up. The constant support from the general public and their contribution is hopefully going to make this campaign a huge success and safeguard the lives of the unpaid workers who are at the brink of starvation.