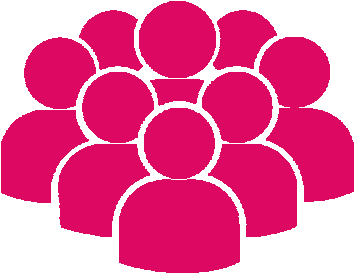 The language of skin color is ready for advancement.

For much of our lives, we have considered people of color to be the minorities of America, including black and brown people.   The National Association for the Advancement of Colored People (NAACP) is rooted in the notion that there are colors of people, and colored people at first were black people and brown people happened to be lumped in.

As we talk about colors, skin color has identified the origins of people.   White people are Europeans, Black people are Africans, Brown people are often Mexicans, East Asians have been called yellow people.  Oddly, people of color do not include white people.

White people, however, are mostly not considered to be colored people, even though they surely have a skin color.  As time has gone by, the term people of color tends to mean American minorities, non-Anglo, non-caucasian.  The term white people generally means of Western European background.

White people come in many shades and in the literal sense white people lack a truly white color complexion, except for Albinos.

Likewise black people lack a truly black complexion and really are forms of light brown to darker brown.   There are some Africans from Africa that have skin tone closer to black, but no black people’s skin colors are dark enough to match truly black hair.

Often a northern Asian or an Eskimo has a whiter skin complexion than an Anglo European.

A Korean model has white skin tone.   Her light skin is closer to white than many Europeans.

Is this Albino Chinese girl considered white in America?   She would still be termed Asian, probably.

A black albino would still be considered black in America, of African descent.

Albinos have the closest skin tone to white, the true white color people.

As we are progressing, our language equally should be progressing.   There will be a time in America where minorities out-number the majority white populations.  The language of skin colors can also progress.

How do you define a Muslim, light skin individual from Bosnia.   Is he white?   He’s not an Arab.  How about a Jewish man from Israel?   Is he white?   Is a Korean with pale skin considered white?  She’s probably Asian.

For the sake of color identification, it’s a good idea to introduce more colors to better identify groups or people.  I’d like to introduce a new color to the spectrum of colored people.  Pink.

From this point forward, let there be pink people!  Pinks have pink skin color.  Pink people are a better classification of a subset of people, especially in America.

The pinks stem from an Anglo-Saxon, Germanic, or Nordic backgrounds.   Pink people at present are the majority of many states in America.  The pinks of New England with English last names are much different than the pinks of the midwest with German roots.  Pinks are not alike in ideology.   Several are protestants and conservative in the middle of America, while several pinks are liberals living on the coasts of America.

The pinks are melding into a common gene pool as they are losing touch with their specific European identities.   Pinks sometimes live in trailer parks and pinks sometimes like to stock up on guns.

The pinks are an interesting sub-group of people.  They often prefer to marry other pinks most of the time, and most find a majority of them fun and easy to get along with.  The census should really consider adding more colors to their list questionnaire in 2030.