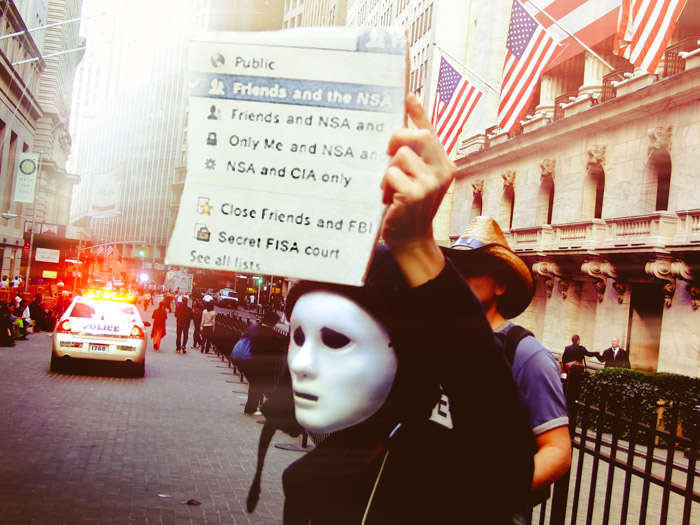 This opaque corporate censorship amounts to a private-sector Stasi, pursuing an Orwellian world of profits reaped from the censorship and suppression of dissent
I’m certain that Facebook, Google and Twitter should be operated as public utilities, not as for-profit corporations beholden solely to their shareholders and managers.
1. Facebook says it sells advertising, as this is uncontroversial. But what Facebook is actually selling is data on its users. This enables enterprises to deliver adverts to highly specific audiences (surfers between the ages of 18 and 34 with an interest in traveling overseas, etc.), campaigns that are known only to the advertiser and Facebook, not to the targeted users. But it also enables bots and astroturfing to target audiences most likely to be receptive to divisive, inflammatory content.
2. If we follow this dynamic to its conclusion, we realize that these for-profit corporations are threats to democracy, or incompatible with democracy, if you prefer that wording, as they directly enable the relatively affordable and easy sowing of intentionally divisive content.
3. In response, the social media/online advertising quasi-monopolies–Facebook, Google and Twitter– have all pursued censorship as their “solution” to “fake news.”
Censorship isn’t quite as easy as corporate technocrats reckon; algorithms designed to sort out “fake news” inevitably end up axing legitimate content, particularly legitimate dissent, which often shares certain traits with what’s conveniently labeled “fake news,” that is, anything that veers from supporting the conventional status quo.
As the failure of the quick-and-dirty algorithms has became painfully visible, the for-profit quasi-monopolies have hired humans to sort the wheat of legitimate “news” (and what exactly defines legitimate news?) from the chaff of “fake news,” and discovered to their dismay that the people they hired are biased against various dissenting views.
4. This opaque corporate censorship amounts to a private-sector Stasi, pursuing an Orwellian world of profits reaped from the censorship and suppression of dissent, all in the name of “getting rid of bad players.”
5. Democracy depends on the free and open distribution of a wide spectrum of opinion, and an electorate which is skeptical enough to decide for themselves what’s inflammatory nonsense and what contains kernels of truth that deserve further inquiry. The dominance of corporations seeking to maximize profits via selling user data invites the sort of private censorship we are now witnessing–a trend that is poisonous to a free press and democracy.
6. This is the intrinsic conflict between a free, accountable-to-the-public press that serves democracy and a handful of quasi-monopolies that are only accountable to shareholders and management, both of which expect the corporation to maximize profits by any means available, as maximizing shareholder/insiders wealth is the corporation’s sole raison d’etre (reason to exist).
The social media/search/online advertising quasi-monopolies have transformed the Web into an unaccountable for-profit machine that harvests data from users, and this data-selling is just as open to abuse and exploitation as it is to conventional marketing of goods and services.
In a frantic rush to protect their profits and market dominance and avoid government regulation, these social media/online advertising giants are rushing to impose a private-sector Stasi of censorship and suppression of dissent–in effect, undermining the foundation of democracy in their pursuit of monopolistic profits.
7. The solution isn’t an opaque, unaccountable private-sector Stasi–it’s the transformation of these social media and search platforms into public utilities that do not collect any data on their users.
The transformation can start with regulations that restrict the data collection, monopoly and profiteering of these corporations.
The nation’s moribund anti-trust laws might finally be applied to these social media/online advertising quasi-monopolies (and their quasi-monopoly media cousins), imposing transparency that reveals their dangerous dominance.
You can’t have two masters, and the pathetic bleatings of billionaire technocrats about their “commitment” to democracy (while they spend millions lobbying Congress to protect their unaccountable New-Gilded-Age monopolies) cannot change this reality.
This may sound controversial, but if we really follow the internal logic of accountable-only-to- owners and insiders quasi-monopolies selling user data for immense profits and acting as unregulated censors of dissent, this is the only possible positive conclusion: transfer the ownership of these for-profit quasi-monopolies to the public, the sooner the better.
6. This week, an article posited What Would a ‘healthy’ Twitter Even Look Like? the answer is self-evident: a “healthy” Twitter, Facebook and Google would be publicly owned utilities that collected no data and sold no advertising other than general display ads visible to every user.