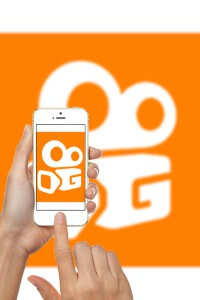 The people have spoken.
Well, maybe not.
But, China’s broadcast regulator says they have and he has demanded that two of the country’s most popular media platforms, live-streaming app Kuaishou and Jinri Toutiao, a news aggregator, put a freeze on video uploading services for new account holders and be subjected to a purge of existing programs.
In its WeChat account, the State Administration of Press, Publication, Radio, Film, and Television (SAPPRFT) — part of the National Radio and Television Administration, said it was prioritizing action against the platforms in response to…
“fierce attention in public opinion from society about programming at the Jinri Toutiao and Kuaishou sites that violated social morals.”
In the weeks and months leading up to the announcement(s), the Chinese Communist Party, shilled by state media softened up the public for the user created content by doing intense and regular features about such issues as false and misleading advertising and on the alleged violations at Jinri Toutiao.
According to the notice, Jinri Toutiao and Kuaishou will be subject to the following “rectification measures”:
Comprehensive inspection of existing stored programs, with immediate pulling offline of indecent, violent, bloody, pornographic or otherwise harmful programs.
Ceasing of all new accounts with video uploading functions, and comprehensive review of all existing accounts. Suspension of uploading functions or indefinite blocking of all accounts that have uploaded harmful or illegal programming.
Investigation of the liability of website reviewers and managers in cases of broadcasting of content that it illegal.
The uploading of video programming must immediately be reduced to a scale fitting to the capacity of review and management, ensuring that no programs are broadcast that have not been reviewed.
The end?