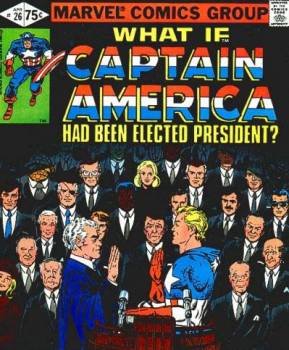 Encyclopedia Britannica was disrupted; they sold something of high value. They helped nurture and employ the middle class.
What dislodged it was (largely) Wikipedia. Wikipedia does not employ thousands, nothing is sold, it is notoriously unreliable, nor does it create wealth. And, as to its uncertain legacy, did it democratize information? It requires bandwidth (monthly service charge) and a computer or smart device (large upfront investment) to access. The upstart didn’t create value, they destroyed it.
(thankfully, Britannica has pivoted. A resiliancy acquired from 250 years in business. Wikipedia panders solicitations)
What if you’re solving the wrong problem?
There are qualities of a person’s character that become evident early in life and are largely irrevocable.  I am a salesperson.
While on an extended vacation in Istanbul, far beyond my endurance to enjoy, I spent several hours in the Sultanahmet area selling hookah pipes to the tourists.
Professional Service Companies and too much emphasis on UX design
Selling a premium service is considerably different than any other type of sale. The decision maker must put their own finger on the scale and add that weight in your favor.
“It looked nice” is a rarely invoked defense of vendor selection.
What is the competitive advantage to a new entrant?  What is the problem that a new entrant is trying to resolve and that will allow it to distinguish itself and make outsized profits?
Can it be that the company with the best, most nifty website wins?
“it is not actually terribly difficult to make money in the securities business” – Barings Chairman Peter Baring in the weeks before the collapse of the Bank of Barings
Does the UX quantifiably increase productivity, make it easier for the administrator to use and/or gain compliance with a tool set?
Does the UX create a self service that mimimizes either sales touch or implemtation disruption
Does the UX reduce friction and the requirements of human itervention at some crucial bottleneck?
Are they spending enough time on your site or is it transactional? It might be a beautiful UX but if they are only touching it infrequently for short bursts, it will be forgotten.
Does it create community or enhance collaboration, particularly amongst distributed workforces across different departments?
Have excessive resources been allocated to UX and comprimised operational excellence and scalability?
Early success with low hanging fruit should be appreciated but the company should not be tempted to unload its full cargo at that port. It is never a protected beachhead and garrisons can never be fortified there. Think of it instead as a refueling station. Rather than demonstrating success, abnormal (to an industry norm) conversion rates from prospect to client may indicate that a new entrant may be expending resources unwisely. Charge more and cast a wider net. Reduce industry and geography risk. If UX is the strongest attribute that drives new sales, raise prices.
A common rebuttal is that there is a sequence the company is adhering to: build the minimum viable product. Down the road, after traction is gained include other products and services. The reality is companies are inelastic. Seed rounds have been spent, scaling staffing is expensive and may lead to an endless loop of ‘just in time’ financing.
The sneakier problem is the company may aspire to dethrone the market leader with a complete solution of services distinguished only by UX and a lower cost. The inverse of the business plan appears, as the company adds ancillary services it becomes less valuable to its clients. The more the new(er) entrant does ‘what they do’ the more it will suffer by a complete evaluation. Further, ‘cheaper’ is likely not a sustainable advantage. In battles of attrition, market leaders win.
“…the way is long if one follows precepts, but short and helpful, if one follows patterns” Seneca, almost 2000 years ago.
Ask yourself not what do the clients want, but what do the market leaders want. Build that.
Paradigm shift.