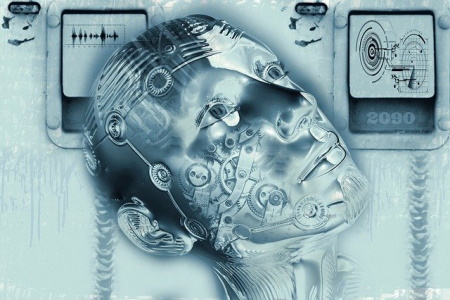 Artificial Intelligence (A.I.) is the keyword to the technological leap in the 21st century. When you think or read about A.I., you think of a robot or cyborg. Well, you are not entirely incorrect. While it can be argued that all automated technology is a component of robotic technology, A.I. based technology is used in many applications worldwide and not just to create robots.

A.I. is not a recent development. In its early forms, A.I. was introduced by Alan Turing in the 1950s. Alan Turing was a British mathematician and logician and his concept that machines can think led to the birth of A.I. or Artificial Intelligence, that is, a thinking machine. Advances in computer science helped humans’ program thinking into a machine to perform a variety of actions. The role of computers has progressed from that of data storage or calculation devices to analytical devices which can auto perform a limited number of tasks.

A.I. is currently based on simple recognition to response models, like recognizing A for Apple. You can experience this while using chatbots that respond to keywords. If you have a query that does not refer to keywords or set questions, you have to ask for human intervention. Chatbots have various functions like book service requests, answer frequently asked questions, and provide help in any online application.

Apart from chatbots, A.I. is used in tracking systems, mapping technology, and to identify nearby locations or hotspots such as hospitals, cinema halls, restaurants, or train stations.

Currently, the application of A.I. is in a very narrow area with a definitive set of functions. This is evident in devices that perform sorting, recognition, and classification activities.

In the future mass systems will integrate and operate based on A.I. technology. It will move from specific narrow usage to a more generic system based use.

Household hubs with smart lighting systems, automated door systems, advanced camera, and security systems use A.I. to operate the entire households. There are devices such as the smart refrigerator which tells you the products that you are low on and need to stock up. Robotic arms to read recipes, measure, and cook meals are already in vogue. Amazon’s Alexa helps you place orders, play music, and become a personal companion. Baby monitors, old age helpers, and door alarm systems form a part of such hubs. This technology has met with stiff resistance as it is considered as intruding on privacy. Many digital devices act as spyware to collect data about your day to day life, family, and activities.

A.I. can recognize faces in images and videos. In the future, you may even create your movie featuring yourself and friends as stars. This idea exists in basic animation software where you can choose your characters, scene, and theme to create an animation film. Applications like MoCam capture your movements on camera and then render it to an animated character on screen.

Several big tech giants are using and developing A.I. based applications for deep learning. API’s or Application Program Interface are used for A.I. based software development

Both Google and Amazon are offering open-source models. This is especially useful for developers and gives an impetus to start-ups and new firms in the field of application of A.I.

Machine learning activities are very fast and useful in analyzing large chunks of financial data. They are used in fraud detection mechanisms to spot suspicious behaviors or activities. These activities are flagged for further analysis by security and financial experts. Similarly, A.I. is also used for financial portfolio management by traders and bankers. “Robo-advisors” is a set of algorithms that correlate data in a given or fed financial portfolio and predict risks and goals.

A.I. Use in Defense

A.I.is used on a mass scale in intelligence and defense activities.

From profiling to automated drones and auto driven missile carriers, a country’s defense capabilities can triple with the application of Artificial Intelligence-based tools.

There are several ethical debates about using A.I. in the battlefield and remotely operated vehicles. However, such vehicles are also used in peaceful activities. Such as, ‘Mine Resistant Ambush Protected Speciality Vehicle’. UN peacekeeping operations use this vehicle which has a robotic arm to detect and defuse mines in the field.

Finally, the biggest advances of A.I. will make are in the development of Human like Robots. Robots that detect moods, manage entire households, manage offices are in development.

Human beings are more affected in the world where diseases like the coronavirus will prevent physical human interaction. A.I. tools and robots will then be more effective in doing mundane tasks.