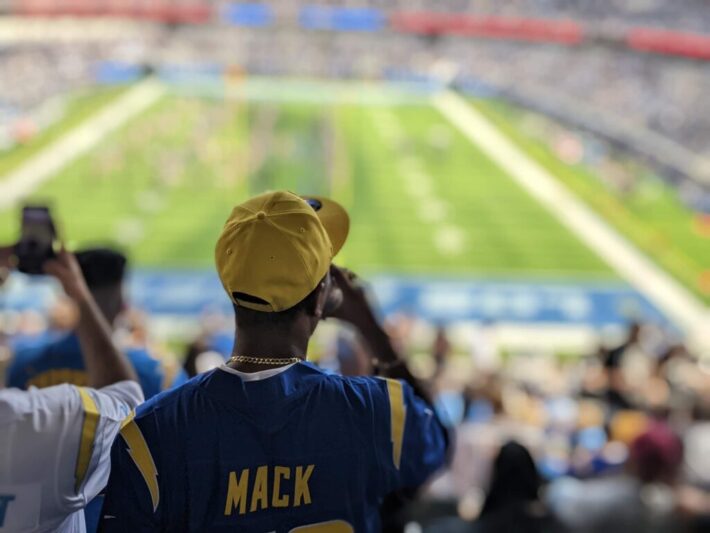 What a beautiful day for football.

What a beautiful day for revenge. Six months of that last field goal stuck in our heads. living rent free. The air inside the stadium was hot. Not just because of the Los Angeles sunny weather, but because of the fueled animosity between these two AFC west teams. This seemed like the longest Off-season of my life.

Two perennial NFL teams–the Chargers/Raiders week one matchup was no mistake. It’s just good T.V.. Two plays in and you already knew what the implications of the day were going to be; Khalil Mack with a monster sack on Carr. During his first start for the Chargers, Khalil would continue to pour it on. His game-one stats per the NFL six tackles, three tackles for a loss, three sacks and a forced fumble. This kind of stellar performance is exactly why the Chargers traded for Mack in the Off-season. One of the last plays of the game ended with Mack getting a sack. This man tried to tell you he was hungry and trust me, he isn’t anywhere near being full.

Along with Macks stellar performance, the Chargers offensive line (o-line) really stepped up there game. Final pressure tally was at eight! For the entire game! Not to mention not a single sack against quarterback justin Herbert. And on top of spreading the football to what seemed like every eligible receiver, the defense got three interceptions.

Now with a short turn around week the Chargers look ahead to Thursday. Arrowhead is where they will face a second-divisional opponent with the Kansas City Chiefs. Can’t wait for that game and the continuing development of this team’s chemistry.