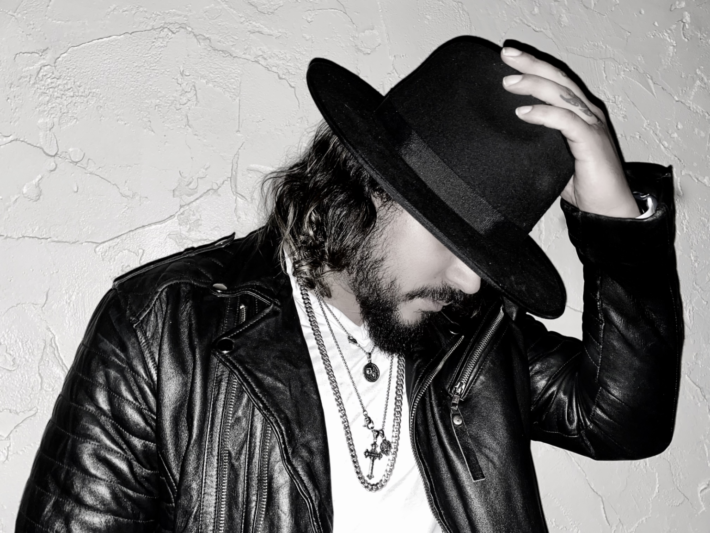 Speaking as a journalist, I am always looking for the next great story. Great has many connotations. Some stories are great in a way of positivity and flourish. Some stories that I find have much to do with pain and anguish. Some are political and on a rare occasion, they are funny. This story has every one of the aspects that I run as an editor, except for the fun. 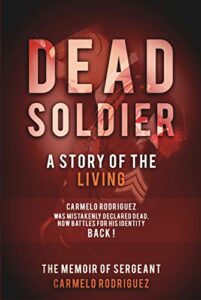 I never thought I would talk to a dead soldier. And no, I didn’t use a clairvoyant or a mass produced board. I used Zoom and he was very much alive; getting ready for his day as I sat on the other side of the computer screen, listening to his remarkable story of claiming his life back from the dead as he casually put on his shoes and walked out the door to his car.

Carmelo Rodriguiez was born and raised in New York City. Growing up homeless for the first eight to ten years of his life, he eventually left the “Big Apple” for Pennsylvania because of the hardships that he had to endure as a young child. This is when he decided to join the military.

After spending time overseas in Iraq, he was wounded during his active combat tour thus placed in a military hospital for recovery. He was later then medically discharged to return home to his family.

After his medical discharge from the military, he went on to obtain his bachelor’s degree and master’s degree, as well as obtaining his post-graduate certification from Harvard Business School. In doing so, he was offered a position with the federal penitentiary as a correctional officer. While working for his MBA, he spoke about the prolific influence that was taught to him. He said, “one thing that I was taught while I was going through my … my MBA was, it’s either gonna change your life or make it work for you.” Said Rodriquez

His father claimed 20 years of his life behind bars; this left a lasting impression with Rodriguez. He said, “one thing they kept telling me was there’s so many kids that are coming in here and I wish they had like … some kind of influence or something like that. So that was kind of like my little … my little push into the law enforcement system.” Said Rodriguez. He wanted to help, then something happened …

This is where the story completely turns upside down, or more so, his life to becoming an author and so much more.

“I was declared dead (in Iraq),” Said Rodriguez

Years after returning home–alive in the United States– according to Rodriquez, the military hospital that he was housed at declared him dead. To this day he doesn’t have an answer as to how or why he was declared deceased. His family was then being notified by the United States government to claim the assets of Carmelo Rodriguez. Personally, I couldn’t even fathom that and according to Rodriquez, neither could they. And on top of that, while they were receiving these notifications, coincidentally, Rodriquez was handling a lockdown at the facility that he was employed at meaning, absolutely no communication with his loved ones. For all they knew, the possibility of his death could be real. From what I got in this conversation, he was thought to be dead by his family for a whole week. A whole fuckin week.

“… I have no way to fix this.” Said Rodriguez

After the feeling of defeat was brushing at his feet, he decided to take even more action. He needed coverage. His story became national news.

He needed to be seen once again because technically in the U.S. governmental system he was dead, he didn’t exist. Although he had served in the military and had held a position in the prison system for years after, he was told,”If you walk around with your … with your credentials in your bed, you’re gonna end up in the same penitentiary because you’re supposedly impersonating a federal officer.” Said Rodriguez

After losing his job, Rodriguez was worried about money. This situation was spiraling out of control and he had to find a solution to this almost impossible problem. He started a blog that lifted notice and became a tangible form of his life, a published book, “Dead Soldier: Story of the Living,” which has gained reputable notice. According to Rodriguez, the majority of his writings are based on true events and this is where he gets his inspiration from in stories.

Along with his debut publication, he has published several other novels. He has garnished his pain within writing even children’s stories and poetry where you can find them here.

In addition, he is now a certified life coach and motivational speaker. He has been noticed by many celebrities–who want the justice that he deserves–and has been placed on a platform and has used it for the greater good.

I asked how it made him feel when that started to rise to the tide. This was his response:

“You know, it was, for me, it was exciting for a moment. And then that’s it. And then it was like, Man, I got work to do since I know that I’m getting my message across, or people are listening. It was like, it turned into a whole different form of determination, you know, and I was like, Okay, I definitely need to … I’m on the right track. That’s what it felt like for me.” Said Rodriquez

I have to be honest. While Rodriguez spoke with me, there was definitely a sense of frustration from his past history of being forgotten for a certain time; this was evident. It caused him a struggle that no one would ever think possible happening to them. Just like his book, it seems like something that would happen to someone else. But, instead of self-pity, he rose above such a feat and has become a “sensei” to many of his followers and readers. Carmelo Rodriguez is making a castle out of the rubble that was left.

You can find his latest novel “Smile” on presale on Amazon.com available on Oct. 31, 2022.